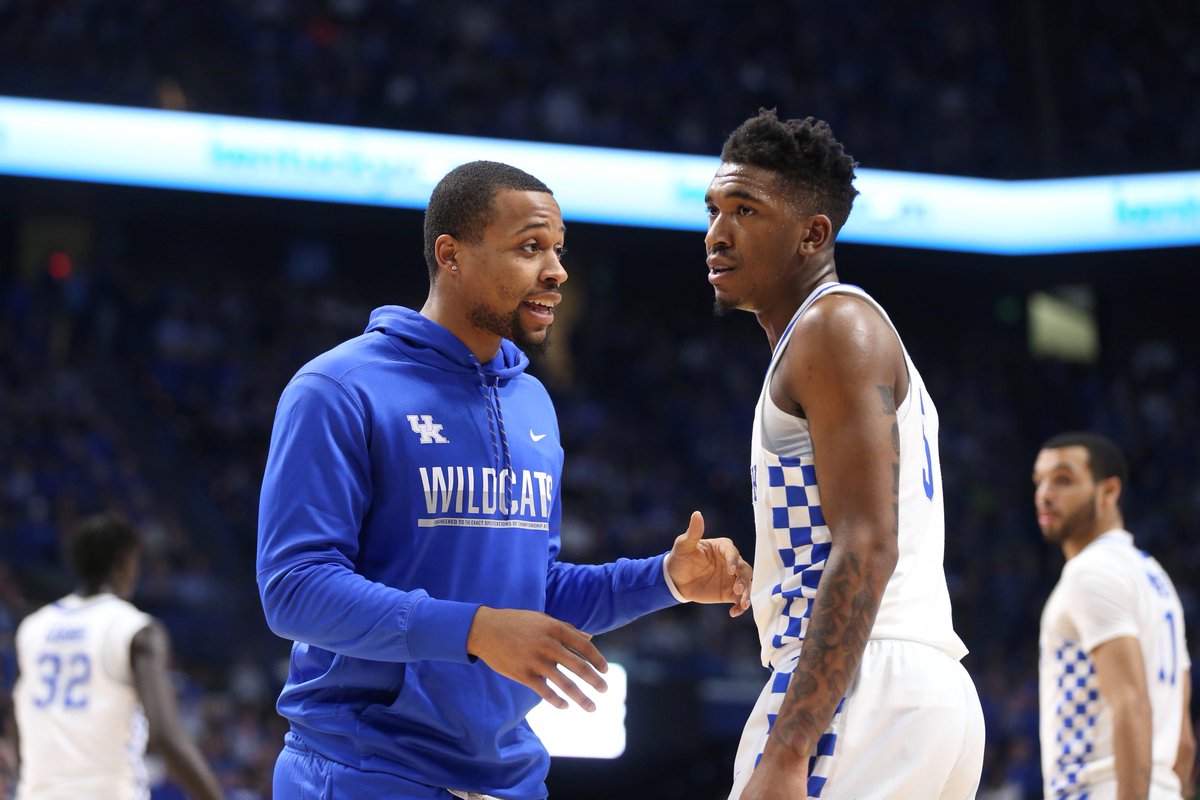 Isaiah Briscoe sat out today’s game after suffering a back injury on a hard fall vs. Duquesne. Kentucky says Briscoe is day-to-day, but after the game, John Calipari gave a more detailed injury update.

“You can’t be 75% with the way we’re playing,” Cal said of Briscoe. “He’ll take today and tomorrow of and see if he can go Friday.”

A little later on, Calipari added Briscoe “may need more than a few days” to rest his back, so I’d say the odds he plays Friday are slim.

Meanwhile, Dominique Hawkins — who got the start in Briscoe’s place — suffered a right knee bruise in the first half and didn’t return. The senior has been plagued by injuries during his time at UK, and although today’s doesn’t seem serious, Calipari shook his head ruefully.

“He just has buzzard’s luck. He’ll be fine.”

Hopefully Briscoe and Hawkins will get the best spot on the couch tomorrow and full service from their teammates.