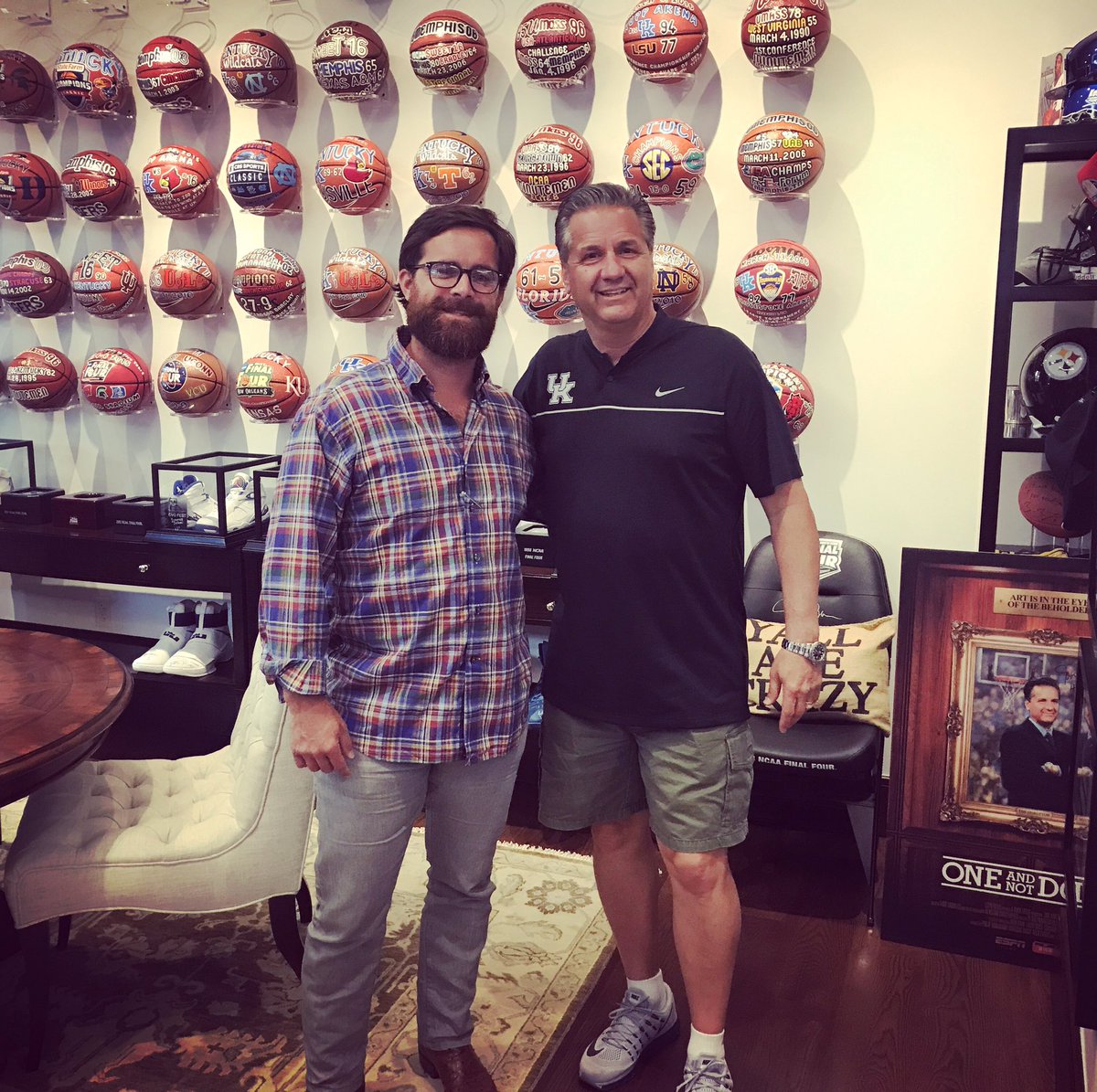 You know how I know it’s a slow news day? I’m writing a post about John Calipari’s wardrobe. Alas, Calipari drew some laughs on Twitter this morning when he posted this picture of himself with a rep from Blue Delta Jeans.

“For all you millennials out there, I just got two pairs of fitted jeans from Blue Delta Jeans,” Cal wrote. “No more dad jeans!!! LOL!”

The best part about this tweet, of course, is that Calipari is bragging about giving up dad jeans while wearing cargo shorts, another abominable fashion choice. After everyone gave him grief for that, he responded:

And stop on the cargo shorts! LOL. I'm not ready to break out the jeans yet. Ellen has to see them first! https://t.co/qL6tQHRb4d

How much will a pair of custom Blue Delta Jeans cost you? Prices aren’t listed on their website (the first sign they won’t be cheap), but according to this article, around $500. So, be careful not to spill any coffee on those, Cal.

19 Comments for Calipari ditches the dad jeans, but what about those cargo shorts?