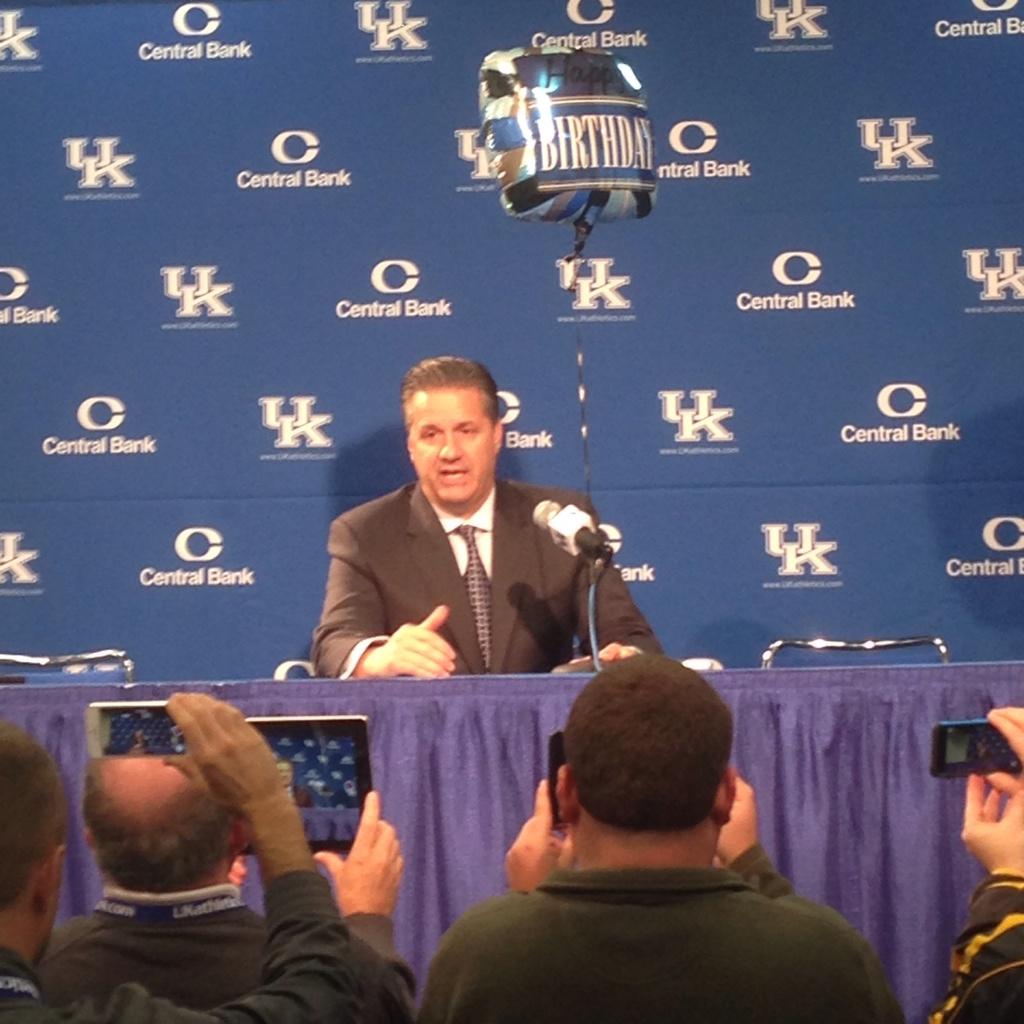 One of the “Are you serious?!” headlines yesterday was John Calipari messing up his daughter’s birthday on Twitter. Because Kentucky is #1 and there was apparently nothing else going on in the world of sports, the story made national headlines. Cal couldn’t believe it either, and brought Megan a birthday balloon to the press conference, telling reporters “Just so you know, I know my daughter’s birthday.”

He said that “Good Morning America” invited him on to talk about messing up Megan’s birthday, but later admitted that was a joke, but he’d go on the show if asked.

Only at Kentucky would that make national news.