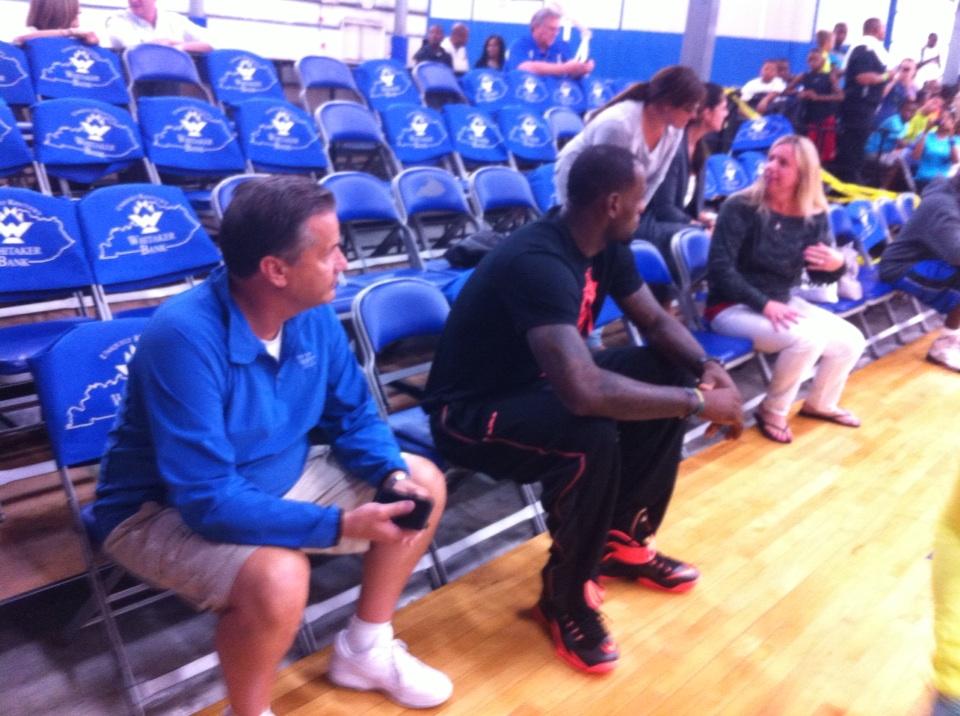 Coach Cal left the Peach Jam to go back to Lexington to see his good buddy LeBron James. In case you hadn’t heard, LeBron is in town to watch his son play in the fourth grade AAU finals at KBA.

7 Comments for Cal and LeBron in Lexington