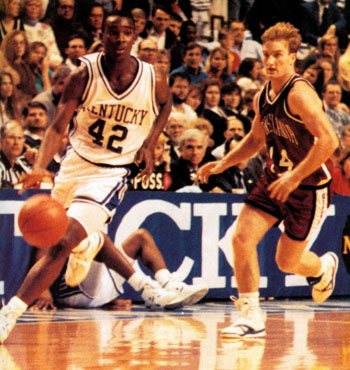 I did these posts a couple years back and got a great response, so I thought it might be a good time to do a little updating.  As UK fans, we love our past as much as we do our present and future, and we love to keep up with our former players.  But after 10 or so years, sometimes it becomes difficult to find our where these guys have gone.  Many hang around in the state, but most do not.  So, I did a little digging and found out the whereabouts of nearly every player who played in the program from 1990 on.  Today, we will look at the players from the 1990’s and then tomorrow we will move on to the 2000’s.

As you will see, there are a few players who I couldn’t find any recent information on and if anybody knows anything about these guys, please put it in the comments section.