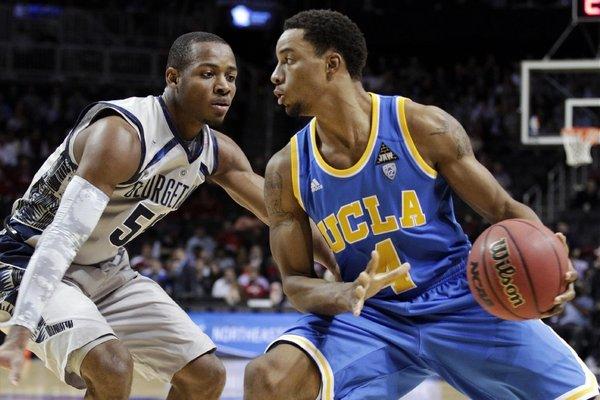 Sorry to the fans at UNC, Duke, and Kansas, but the facts are simply that Kentucky and UCLA have the strongest arguments as to who is the best college basketball program in history.  But despite that fact, the head to head rivalry between the 2 schools has been very limited.  A total of 10 matchups in history.  And 5 of those occurred in either the NCAA Tournament or regular season tournament, meaning the 2 schools didn’t actually schedule one another.  The schools have played in consecutive seasons just once, in the 1997-98 and 98-99 years.  Now this will change starting next year, as the 2 teams have signed a home and home series, but overall it’s surprising that the 2 best programs in history haven’t played very often.

Just take a look at the other major programs and how often UK has played them:

I don’t think any UK fans are claiming that UCLA should be scheduled as regularly as Indiana or Louisville, but only 8 regular season meetings seems quite low for 2 programs who have been near the top of college basketball for almost 60 years.  I am very happy to see the 2-year series starting next year and consider me one who hopes it continues on past that time as well.

But where do you stand?  Is UCLA a “rival” of Kentucky and would you like to see many more meetings in the future between the Bruins and Cats?

18 Comments for BTI’s Rants and Ramblings: Surprised at Limited Rivalry with UCLA?