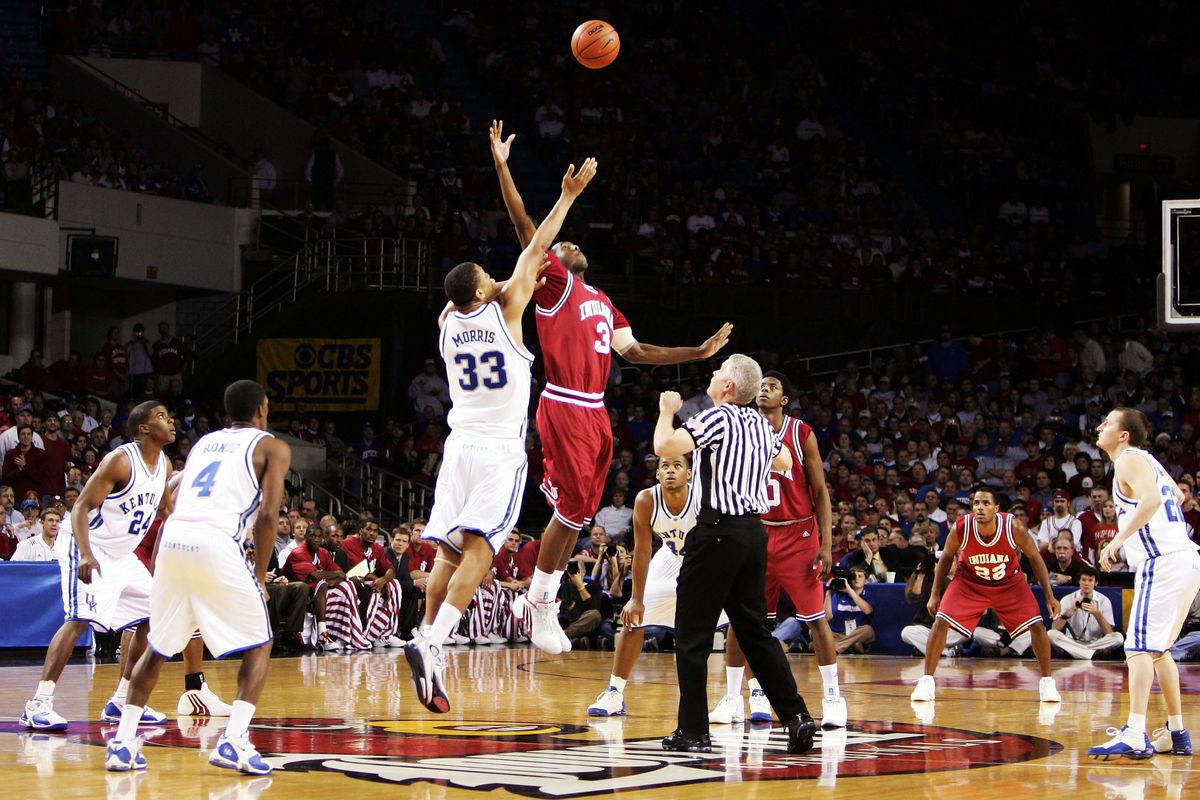 I have always been an advocate for bringing the Indiana series back on the schedule.  I think the reasons it was dropped in the first place have been silly and a little bit dishonest.  I will go to my grave believing that if Christian Watford’s shot rims out instead of goes in, we are still playing that series.  We were mad because the experience was really bad AND we lost.  But that’s just my opinion and doesn’t really matter 7 years later.  The issue I have today is that the replacements on the schedule and the reasons to defend the blocking of IU are flimsy and flawed.  It has hurt fan experience.  The schedule hasn’t gotten better because of it, and we are actually not gaining any recruiting advantage.

Here’s what I am going to do.  I am going to take each argument that people often use as to why NOT play the series and tear it to shreds.

ARGUMENT #1: We replaced Indiana with neutral games in the Northeast (’17 against Hofstra, ’18 against Monmouth, ’19 against Seton Hall) to gain a recruiting advantage in that area.  More good players there.

Where to begin on this one.  First, Kentucky has a NATIONAL brand and recruits NATIONALLY.  We go where the players are not simply focus on one area.  This isn’t football where we recruit 3-5 states.  We recruit the best no matter where they are.  But if I accept the premise that we wanted to get in an area with more elite players, that isn’t correct either.  Since the Class of 2009, there have been 16 players from New York and New Jersey who were Top 25 recruits and…….wait for it…….16 players from the state of Indiana who were Top 25 recruits.  We would get just as much exposure by playing in Indianapolis every year than trekking to the Barclays Center.

ARGUMENT #2: Indiana is no longer the program they once were.  They are not relevant and do not carry the prestige from the 90’s and before.

This argument I could go with.  Indiana certainly is not a college basketball power anymore and doesn’t appear to be on the verge of being one.  Since Bob Knight left, there have been four head coaches, a scandal, whatever Tom Crean was, and not a lot of wins.  But what have we replaced them with?  Since the series was dropped in 2012, we have played neutral site games against Baylor (’14), South Florida (’16), Arizona State (’17), Hofstra (’17), Monmouth (’18), and Seton Hall (’19).  Would we argue ANY of those programs is clearly above Indiana?  I wouldn’t.  So why would we support those games, in which most fans couldn’t afford to go and none carried any kind of special interest within the fanbase over a rival to many with a game that is within driving distance and cheaper?

ARGUMENT #3: We have everything to lose and nothing to gain by playing Indiana.

That is the argument of a loser.  What you really mean is we are better than them but they could still beat us so we’re scared.  And what’s funny to me is almost EVERY game on our schedule you could say that.  What do we gain by playing Georgia Tech this year.  Or any of the other 8 rum-dums on the schedule this year?  We gain nothing by beating Tech and if we lose it will be quite the embarrassment.  We are better, both historically and currently, than almost any team we face.  If your argument is we gain nothing by beating Indiana, then you should also be an advocate for playing only Duke, North Carolina, Kansas, Michigan State, Virginia, Arizona, Wisconsin, Gonzaga, Texas Tech, and Purdue in the non-conference.  No, you play a school like Indiana for the challenge of it.  Should you win?  Yes.  Could you lose?  Yes.  You know what that sounds like.  Every god forsaken NCAA Tournament game you’ll face.  You know what you gain from playing Hofstra in Brooklyn.  Not a freaking thing.

So here’s the thing.  I really don’t care all that much if Indiana is on the schedule or not.  As a Louisville native, the IU and UL games were always the biggest two on the schedule every year.  They were games I could go to and many fans like me could go to.  But Indiana has dropped off for sure.  I am OK saying that we can do better.  But we haven’t done better.  We have done worse.  Not only for the fan experience, putting games in locales that are not reachable, but against opponents nobody cares to see.  And given that truth, I don’t see any legitimate reason to not get Indiana back on the schedule on a yearly basis and, for once, be honest with the fanbase and do something for them.

37 Comments for BTI’s Rants and Ramblings: I’m Pissed Indiana Is Not on the Schedule, But Not For Why You Think