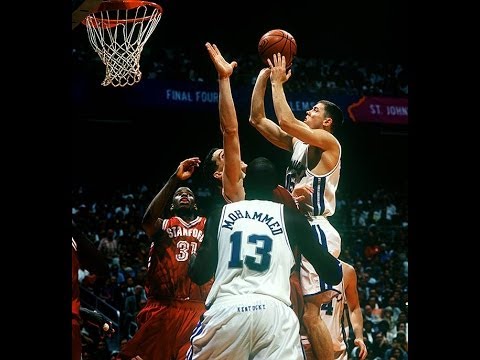 People always reminisce about some of the great games of the past 25 years for Kentucky.  Games like Duke in 1992 and 1998, the Final Four game in 1996 against UMASS, and even losses in classic NCAA games like Michigan State in 2005 or Arizona in 1997.  But there are a couple games that I don’t think get enough mention sometimes for their quality, clutch moments, and key figures becoming legends.  I like to post some of those highlights, or in this case a full game, over the summer just to wet your beak coming into next season.

One of those games was the 1998 Final Four game against Stanford.  Everybody remembers the Elite 8 against Duke and the national championship against Utah, but the game that was sandwiched in between those could have easily been the game that ended that season.  Stanford played quite well and had the Cats down double figures early before another late UK comeback pushed the Cats into a 3rd straight title game.  Enjoy the entire broadcast of that 1998 classic while on your lunch break or after work: