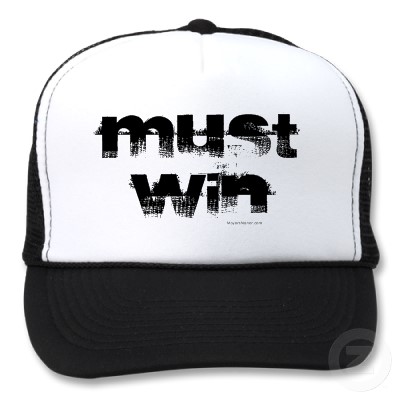 Amongst fans, of course tomorrow’s game is wildly important.  This is the game for most fans they want to win more than any other.  But let’s keep in mind that for most of the Kentucky regulars, this rivalry is nothing more than another big game on the schedule.  No more exciting than playing Michigan State or North Carolina.  Hopefully they have seen from the fans that it might mean a little more to win this one, but deep down, I don’t blame the Harrisons for not seeing just how big a rivalry this is.

OK, so these kids might not see the history of the rivalry.  But I still think this game is vastly important for other reasons.  Reasons those kids can understand and respect.  Reasons that have implications for the rest of the season.  And for that, I think we are wandering to MUST-WIN territory for tomorrow’s game.  Here is why:

-Who are Kentucky’s best 3 opponents at this point in the season?  Michigan State, Baylor, North Carolina.  All losses.  These are 18-19 year old kids.  There has to be some doubt if this team can win a big game against a big opponent.  So above all else it would be nice for these kids to feel how it feels to beat a good team.  Because they will certainly face some big opponents in March.

-Let’s be honest, if Kentucky doesn’t win tomorrow, they will have ZERO big wins in the non-conference.  I know Boise State and Belmont are probably going to the tournament.  Maybe even Providence.  But none of those teams will project BIG WIN come seeding time in March.  A 1 or 2 seed might already be out of the picture, except for a 17-1 SEC run.  But beating Louisville likely gets them back into a Top 3 seed picture.

-Look, NCAA Tournament’s are won by guards almost every year.  Without good guards you are toast.  But an inability to defend good guards can also kill you.  And at this point in the year, Kentucky has been less than stellar at shutting down good guards.  Russ Smith gives them a great challenge.  If they can bother Smith and lead him to a poor game, it will be a good sign UK will not be doomed by guard play.

4. GETS FANS TO RELAX SOME

-With such high expectations coming into the season, the 3-loss start to the year has panicked many in the fanbase.  And there is no doubt the players are feeling it too.  Beating Louisville would allow the fans to take a deep breath and also allow the players to not hear the criticism as much on campus and otherwise.  Would be nice to get a positive vibe going.

So what do we think?  Is this a must-win for the Cats?  I say it’s darn close, but maybe you disagree.

23 Comments for BTI’s Rants and Ramblings: A Must-Win for UK?