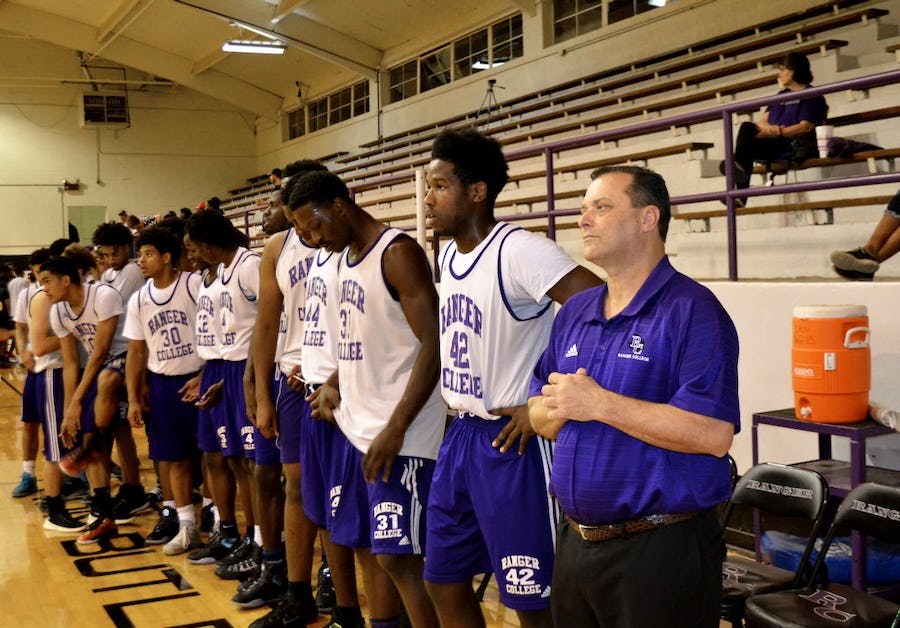 But today, let’s be proud of a man who appears to have turned things around for the good, loving life and making a difference in a new situation.

That is the new Billy Gillispie — the head coach at his alma mater, Ranger College, in a small Texas town. It’s nowhere near the job he had in Lexington, but it seems to be the perfect job for him.

In an article for The Dallas Morning News, we learn Gillispie is making $108,000 per year as Ranger’s head basketball coach and athletic director. It’s a job he loves and plans to keep as long as he can.

“This is the best job I’ve ever had,” he said. “This is the last job I’ll ever have. I’ve never been happier.”

According to Ranger College President Bill Campion, Gillispie uses his own money to travel for recruiting, and he personally covered most of the bill for refurbished locker rooms and dorms.

“He’s already put more of his money into the college than that,” said Campion, referring to Gillispie’s $108,000 salary.

It’s good to know UK’s former coach landed back on his feet and in a good place after three years off the grid, following very tough times at Kentucky and Texas Tech. He’ll always have a bad reputation around here, deservedly so, but it’s okay for us to be happy that he bettered himself and he is making a positive difference.

Read more about Gillispie and his new life at Ranger College here.