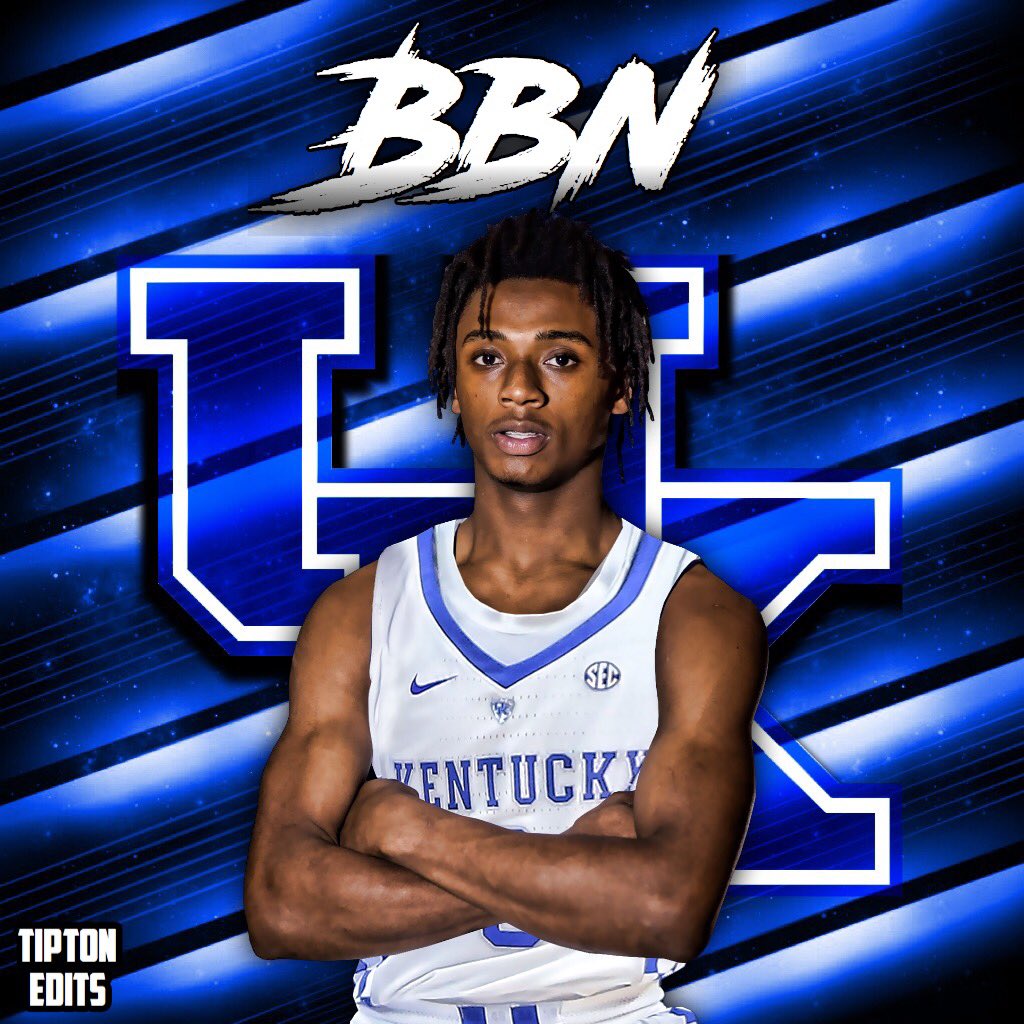 Ashton Hagans is officially a Kentucky Wildcat, signed, sealed, and delivered. He made it on campus today, and the school announced his signing almost immediately.

Last week at this time he was finishing up his last high school class and studying for a make-or-break final exam. Tonight, he’ll take the court with his teammates in a blue and white practice jersey at the Joe Craft Center.

Life sure comes at you quickly.

Before he got to Kentucky, however, Hagans participated in one final interview with the local media in Georgia to talk about his final moments in high school and his plans for the upcoming season as a college basketball player.

He told Gabriel Stovall of the Covington News that the reclassification process has been stressful, but playing with his new teammates at Kentucky will make it all worthwhile.

“Now that I’ll be playing with guys like Immanuel (Quickley), Tyler (Herro) and Keldon (Johnson), it was a big reason why I wanted to do this. We’re all gonna come in and kind of know each other. The biggest thing will just be finding out where everybody likes to get the ball, and what spots guys want to be in and stuff like that,” he said.

Though he was committed to Mark Fox and the Georgia Bulldogs three months, Hagans admitted Kentucky was “the one (offer he had) been waiting for.”

When he committed in April, he told Evan Daniels of 247Sports, “It’s my dream school, and I feel like I can get the job done.”

Now that he’s officially a Wildcat, Hagans’ sights are set on possibly majoring in sports management, winning a national championship, and then hopefully entering the NBA Draft after one season. If it doesn’t work out that way, he’s comfortable with sticking around for another season.

“Going (one-and-done) to the NBA is the plan,” he said. “But if it doesn’t work out, I’ll go for year two. We’ll just see how the first year goes.”

No more school work for the summer. No more deadlines. Just business-as-usual on the basketball court.

“I know that from here on out it’s just about business,” he told the Covington News. “Actually, it’s already been about business. But now it’s like I’m stepping onto the next stage and the next step. I know it’s gonna be hard, but I’m ready for it.”

Ready for what he has already decided as one of the top moments in his life thus far.

“It’s probably one of the best times in my life,” he said.

For Hagans’ entire interview with Stovall of the Covington News, take a look here.

8 Comments for Ashton Hagans wants to be one-and-done, okay with a potential sophomore year