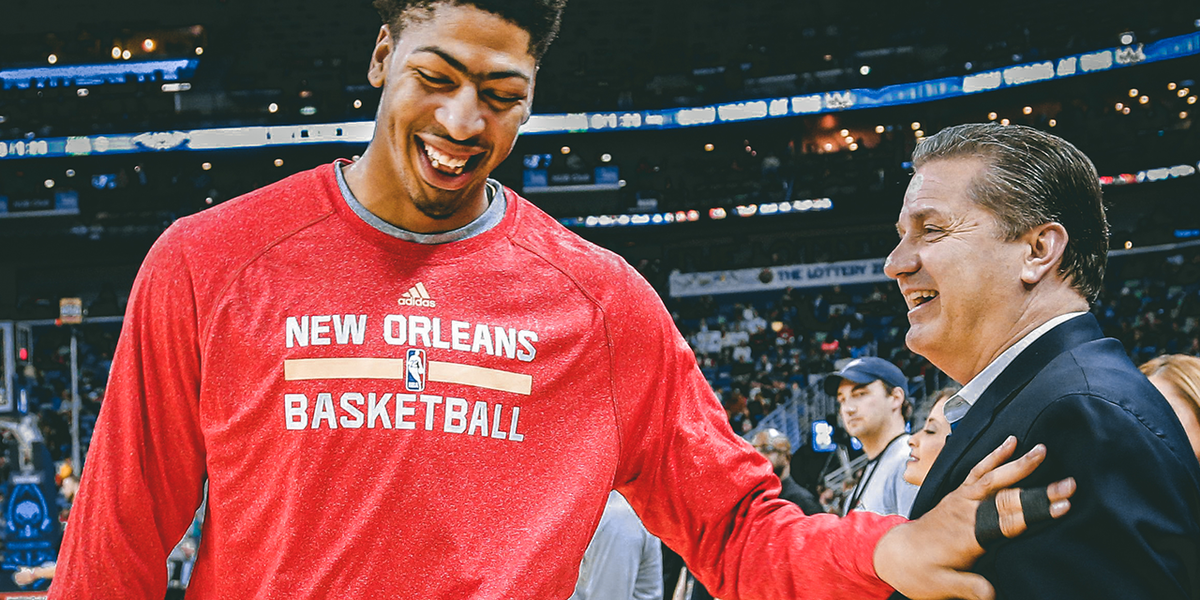 Last night’s NBA exhibition featured four former Cats back in Rupp Arena to show out for their fans. The fans responded to the homecoming in a big way as they filled Rupp Arena and cheered every play from Boogie, Rondo, Willie, and of course Anthony Davis. Davis took to twitter today to thank the BBN for coming out to support:

Felt great to be back at Rupp! S/O to #BBN for coming out to support pic.twitter.com/n3L5RqeV4E

With so many Cats in the NBA and the game being a near-sellout hopefully these exhibition games become a regular occurrence in Lexington. I’m willing to bet Cleveland’s game at Cincinnati didn’t draw the same support of fans invested in the game from start to finish. The BBN treats their former player like royalty and as DeMarcus said last night the players feel it, “I feel like this is everlasting love. I was here 5 or 6 years ago, and it’s like I never left.”

5 Comments for Anthony Davis Thanks the BBN