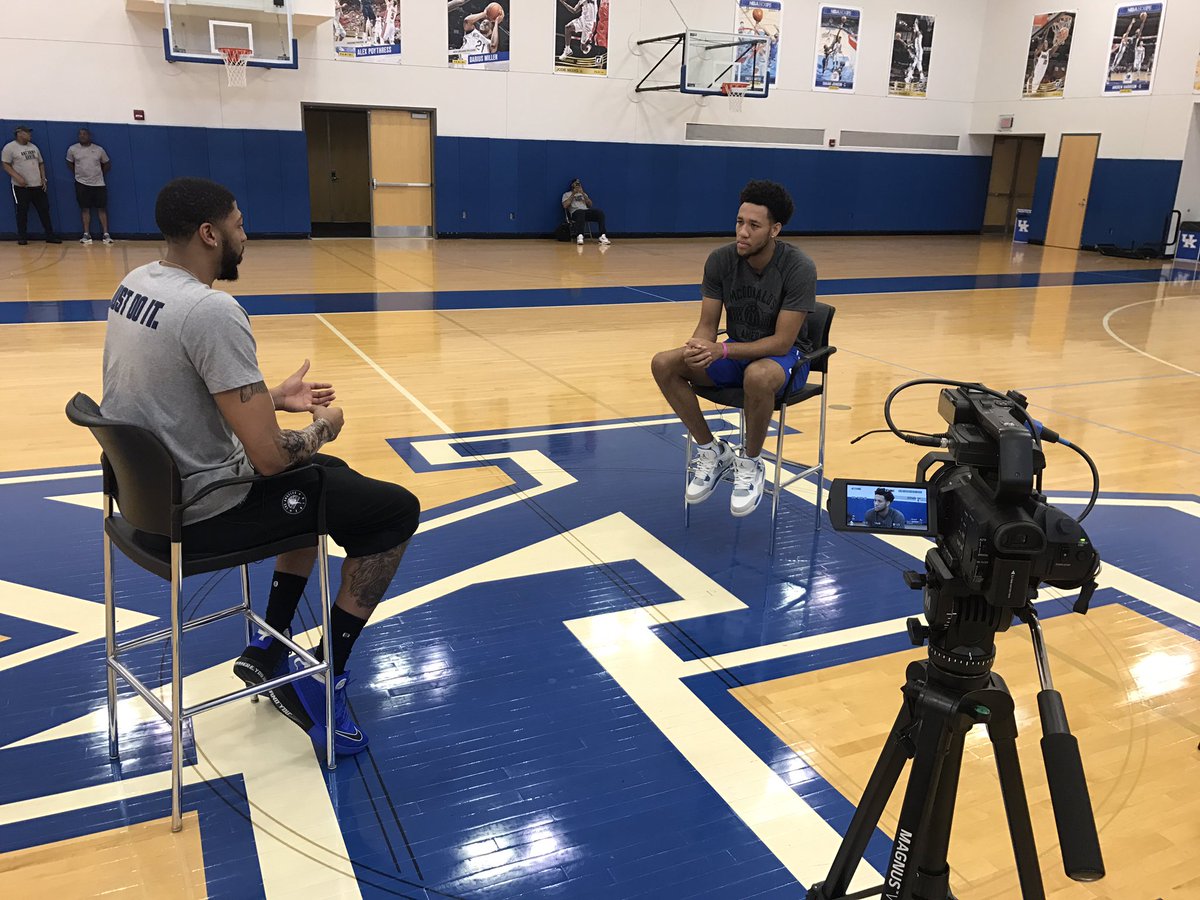 Kentucky’s favorite Unibrow is in Lexington this weekend to host youth basketball camps.  In-between time with the campers, Anthony Davis is catching up with old friends and making new ones.

The Pelicans’ All-Star forward got the chance to meet the new kids on campus.  We don’t know the full extent of what he said to each player (that interview with E.J. Montgomery is not yet ready for public consumption), but we do have a general idea of what he told Kentucky’s incoming freshmen.

“You gotta trust Coach Cal.  He knows what he’s talking about,” Davis told reporters.  “Go in with a mindset of being unselfish, sacrificing and having the ultimate goal of winning number nine.”

Davis also tried to warn the freshmen of what to expect from the Big Blue Nation.  The players have heard from fans on Twitter and shared a few experiences in the streets of Lexington, but it’s just the beginning.

“It’s a fan base like no other,” Davis said. “You gotta be prepared for it.  They expect championships.  When you don’t provide that, it can get tough.  But win, lose or draw, they’re on your side.”

Hear more from Davis in these interviews with KSTV.