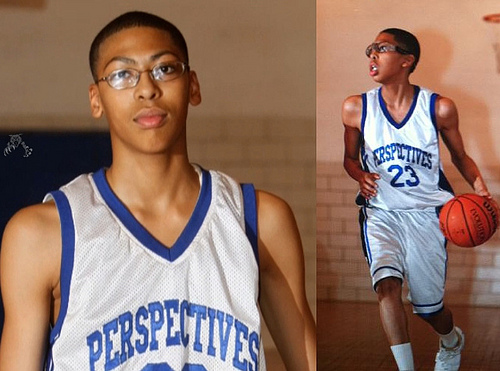 When the Cats take the court tonight in their third game of the Keightley Classic, they’ll be facing the team that could’ve kept UK from winning its eighth national championship in 2012. Cleveland State, tonight’s opponent, was where Anthony Davis once believed he would play college basketball. Really. The Vikings were the among the first to show interest in the young kid from Chicago and he said in a couple of interviews that he believed he would end up there after high school.

But that was when Anthony Davis was 6’3” and before he was THE Anthony Davis. Once he hit that famous growth spurt, things changed and Cleveland State stood no chance against John Calipari and Kentucky.

That’s too bad for them… He would’ve dominated the Horizon League.  I guess we should say thanks?