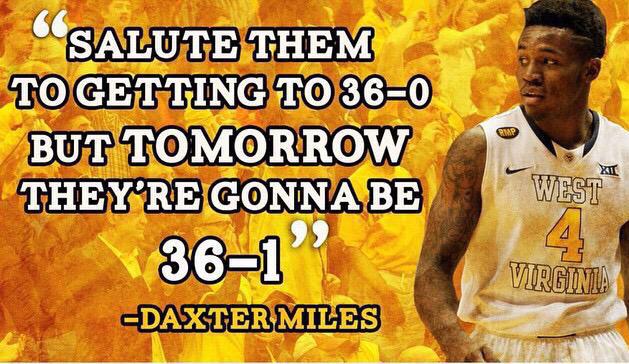 Aaron Harrison, who favorited several tweets about Miles’ comment, told reporters he doesn’t feel sorry for Miles right now. “He shouldn’t have said that,” Aaron said in the locker room.

Lot of talkn lot of tweetin till they……..play

Moral of the story: Don’t poke the bear.