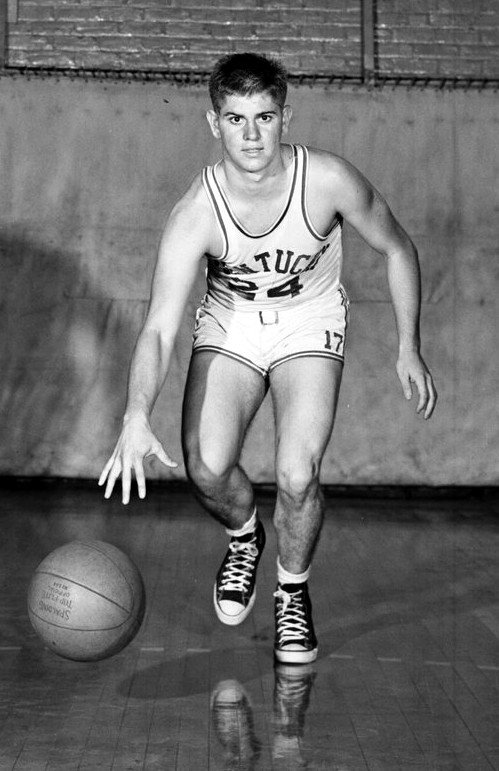 Bobby Watson, a guard for Kentucky’s 1951 National Championship team, passed away Tuesday at 86.

Watson finished his Kentucky career with 1,001 points, only the fifth Wildcat in program history to surpass the milestone.  He averaged 10.4 points and 2.5 rebounds for the ’51 title team to earn All-SEC honors.  As a senior, Watson was named an All-American by Athletic Publications after posting 13.2 points and 2.5 rebounds a game.

For the Kentucky fans that never heard of Watson, they’ve probably seen him before in this famous picture with 7-footer Bill Spivey.

Following his basketball career at Kentucky, he served for the Air Force in Korea.  After one NBA season with the Milwaukee Hawks, Watson took the head coaching position at Owensboro High School.  From 1957 to 1980, Watson’s Red Devils appeared in 14 Sweet Sixteens and won two: 1972 and 1980, his final year of coaching.  Watson is member of the KHSAA Hall of Fame, among many others.

The thoughts and prayers of the Big Blue Nation are with Watson’s family.  Click here for more information.