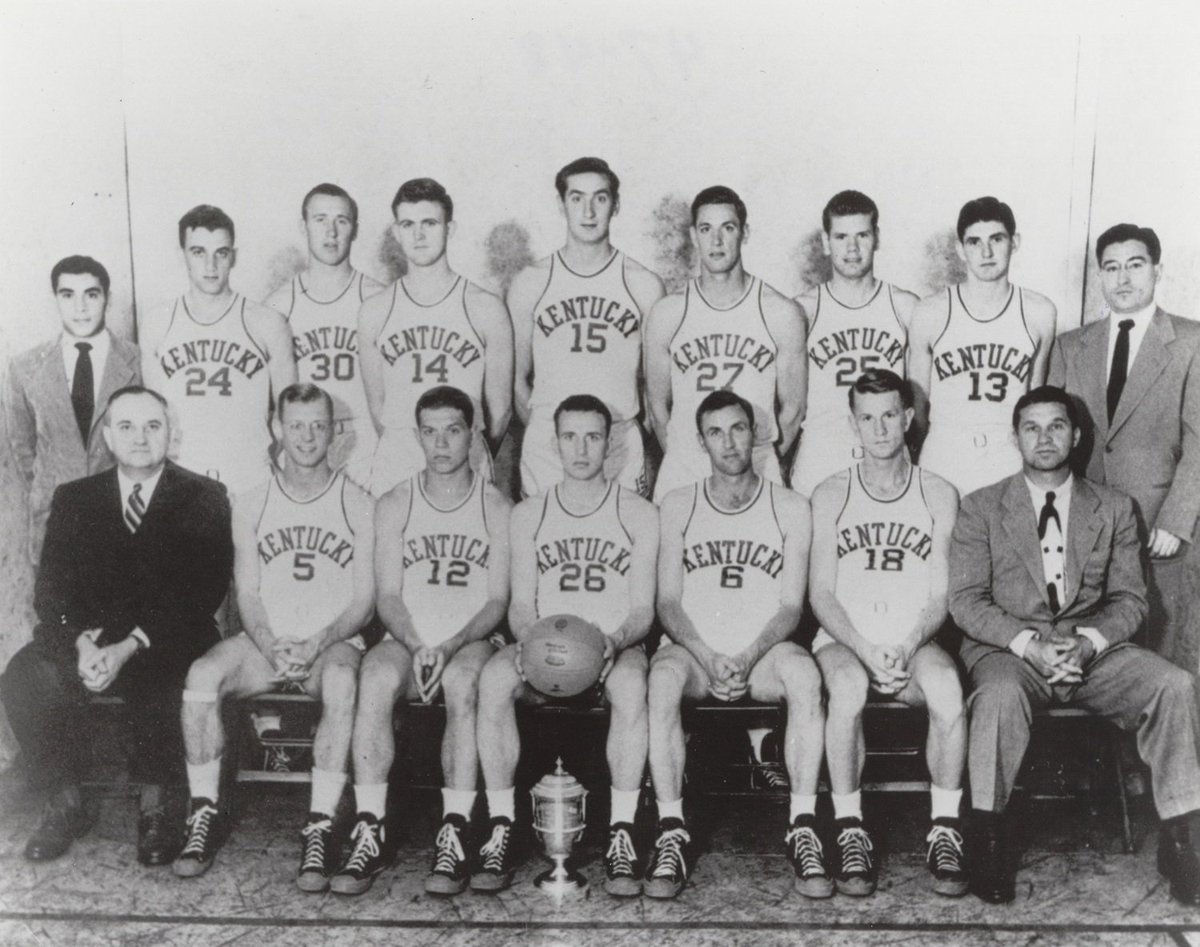 UK Athletics announced its plans to honor 14 of its best teams during the 2017-18 athletics season. The 14 teams were selected by a newly formed reunion committee established to honor elite teams of the past.

Adolph Rupp’s four championship teams (1948, ’49, ’51, ‘58) will get a reunion in Rupp Arena, as well as a reunion for the 1978 men’s basketball team. Rich Brooks’ three teams that brought three straight bowl wins to the football program will also be honored in Commonwealth Stadium during the UK football season, which we told you about earlier this month.

Here’s the full list of teams to be honored:

Dates for each reunion are still TBD, and many teams will be honored together due to roster crossover and shared accomplishments.