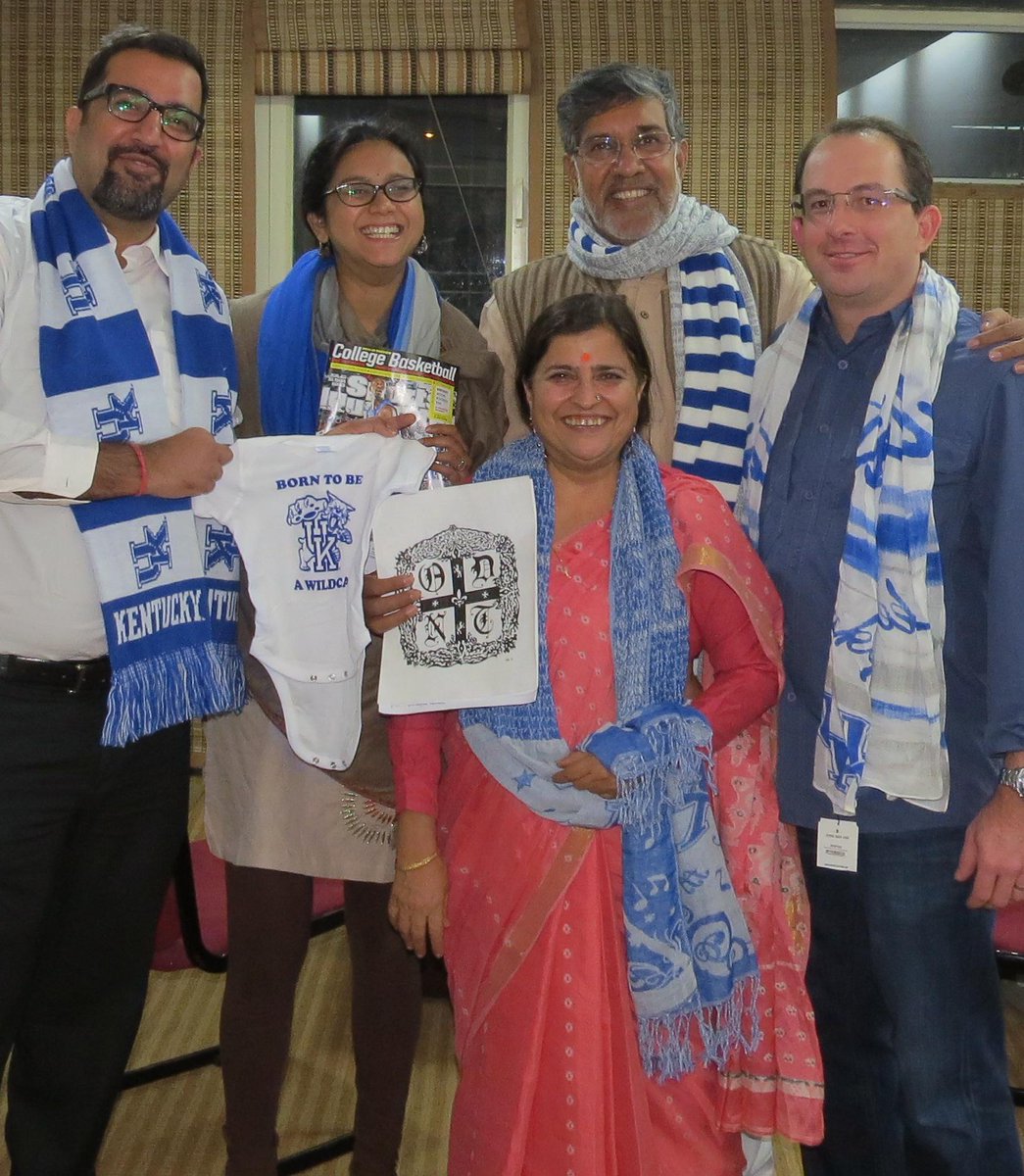 Kailash Satyarthi (back row, third from left) and friends

Kentucky has plenty of celebrity fans, but we may have just picked up the most honorable. John Calipari just tweeted this picture of Nobel Peace Prize Winner Kailash Satyarthi and his friends sporting Kentucky gear. Kailash Satyarthi is an Indian children’s rights advocate and an activist against child slavery. He founded the Bachpan Bachao Andolan in 1980 and has acted to protect the rights of more than 83,000 children from 144 countries. He was named one of two Nobel Peace Prize winners this morning, along with Pakistani education activist Malala Yousafzai.

Pretty cool, right? Of course, Cal being Cal, he couldn’t help but follow that picture up with this:

Now we just need him to do a study on the effect the platoon system has on world peace. In all seriousness, congrats to Kailash.

I love you, Cal, but smdreads.