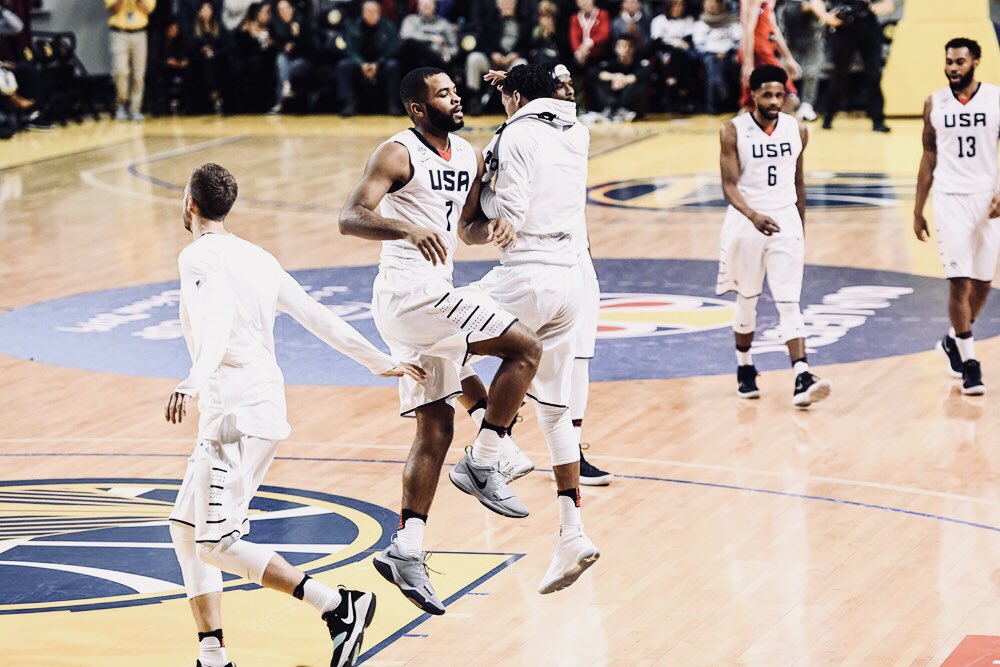 In the final game of Team USA’s World Cup qualifying tournament, Aaron Harrison was the best player on the court.

The former Kentucky Wildcat shooting guard made four-of-seven three-pointers to score a team-high 16 points in the 83-75 win over Puerto Rico.  Harrison came out hot.  He scored his first eight points in the first eight minutes of the first quarter, including this runner down the lane.

Derek Willis did not play against Puerto Rico, but he scored 2 points in six minutes vs. Cuba.  Harrison added nine points in the route.

World Cup qualifiers resume in June, but Team USA will likely look much different this summer.