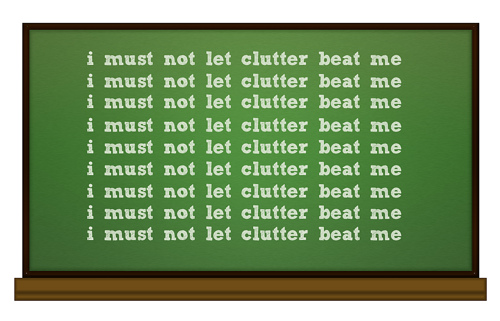 After the Tennessee game, John Calipari said that a few of his players needed to “eliminate the clutter” from their lives and focus on basketball.  Cal didn’t mention anyone in particular, but brought up the topic while discussing the team’s big men.  Today, both James Young and Aaron Harrison were asked about “clutter.” Here are their responses:

James Young on clutter and whether Cal talks about it with the team: “Yeah. Before practice he talks about it every day and it’s just something we gotta learn to block out and just focus on basketball.”

On what Cal means:  “Just listening to everybody and just not focusing on what we should be doing. It’s just something we gotta work on blocking out.”

According to Aaron Smith, Aaron Harrison said that the clutter comes both from players’ inner circles and “guys reading articles.”

Time for some premature spring cleaning.