Before LSU’s late-game scoring surge on Tuesday night, Kentucky fans were fascinated by Brian Eddlestone.  The clunky 6’8″ forward from the end of the bench touched a soft spot in the hearts of the Big Blue Nation.  Today’s version of Brian Eddlestone is much better.

Alabama’s Lawson Schaffer is better known as the Lawdagger.  When the 5’11” 161-pound sophomore guard enters the game, fans want to see him get buckets.  The derivative of his nickname is obvious: when he knocks down a three, it’s a dagger into the hearts of his opponent.

The Lawdagger, a walk-on who was Pullman, Alabama’s 6A Player of the Year in high school, became a fan favorite the first time fans saw him on the court for the Crimson Tide.  The team performed a dance routine at the “Tide Tipoff,” their version of Big Blue Madness, and the Lawdagger stole the show with a short solo performance to end the routine.

This year the Lawdagger has played in five games, averaging 7.6 minutes in those contests.  He’s knocked down two of four three-point attempts, made all of his free throws and shot only one two-pointer.

Today’s matchup marks a special occasion for the Lawdagger.  He knocked down a three-pointer against Kentucky last year, the first points of his career. Since then, he’s amassed a (small) fan club on Twitter (@lawson_fan_club).  Schaffer appreciates the passion from his fans.

“It’s actually the craziest thing I’ve ever seen in my entire life,” Schaffer told Al.com. “It’s not like I’m anything to cheer about. I don’t know, it’s the weirdest thing. It’s awesome at the same time because it makes you feel like you’re part of something great.”

Can you blame them? 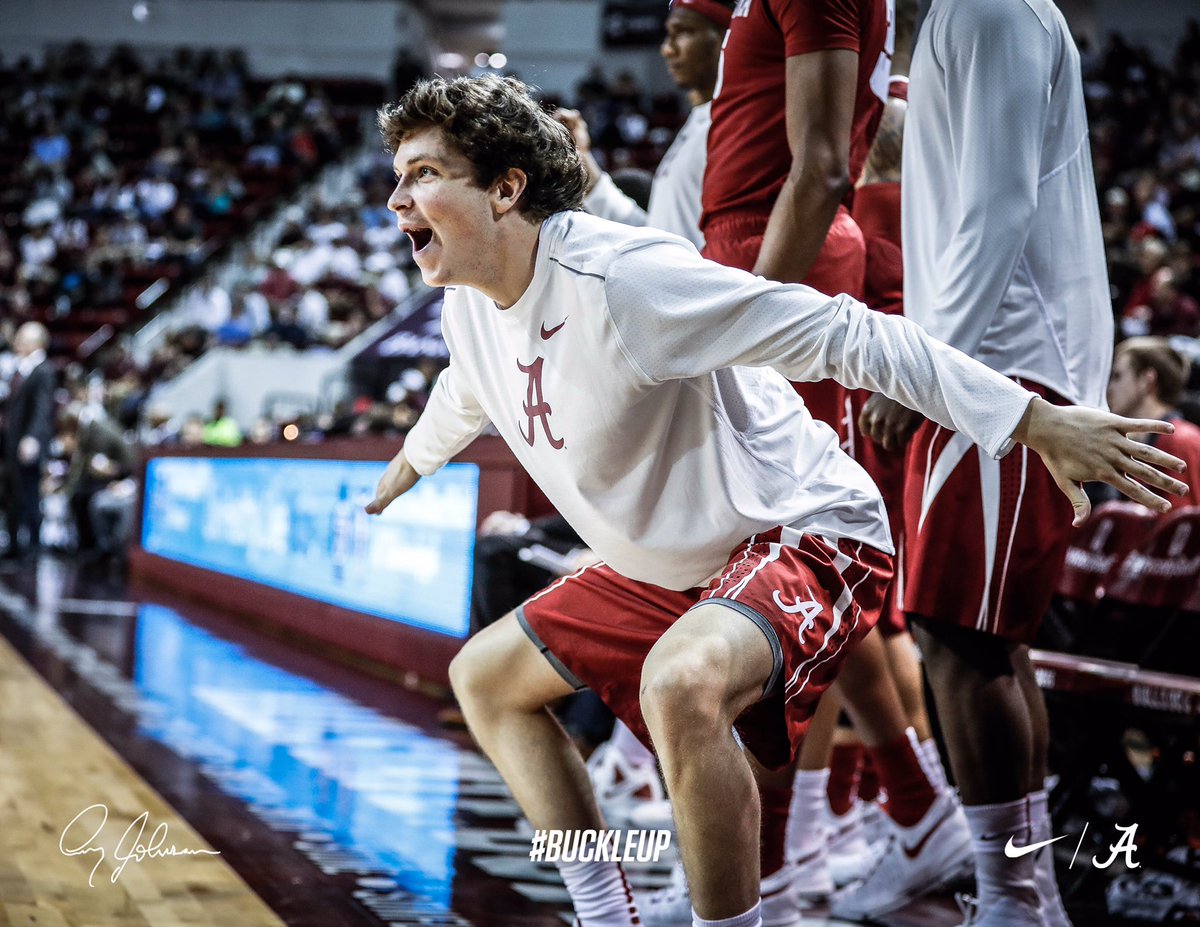 2 Comments for A Puff From Alabama’s Victory Cigar: Lawson “The Lawdagger” Schaffer