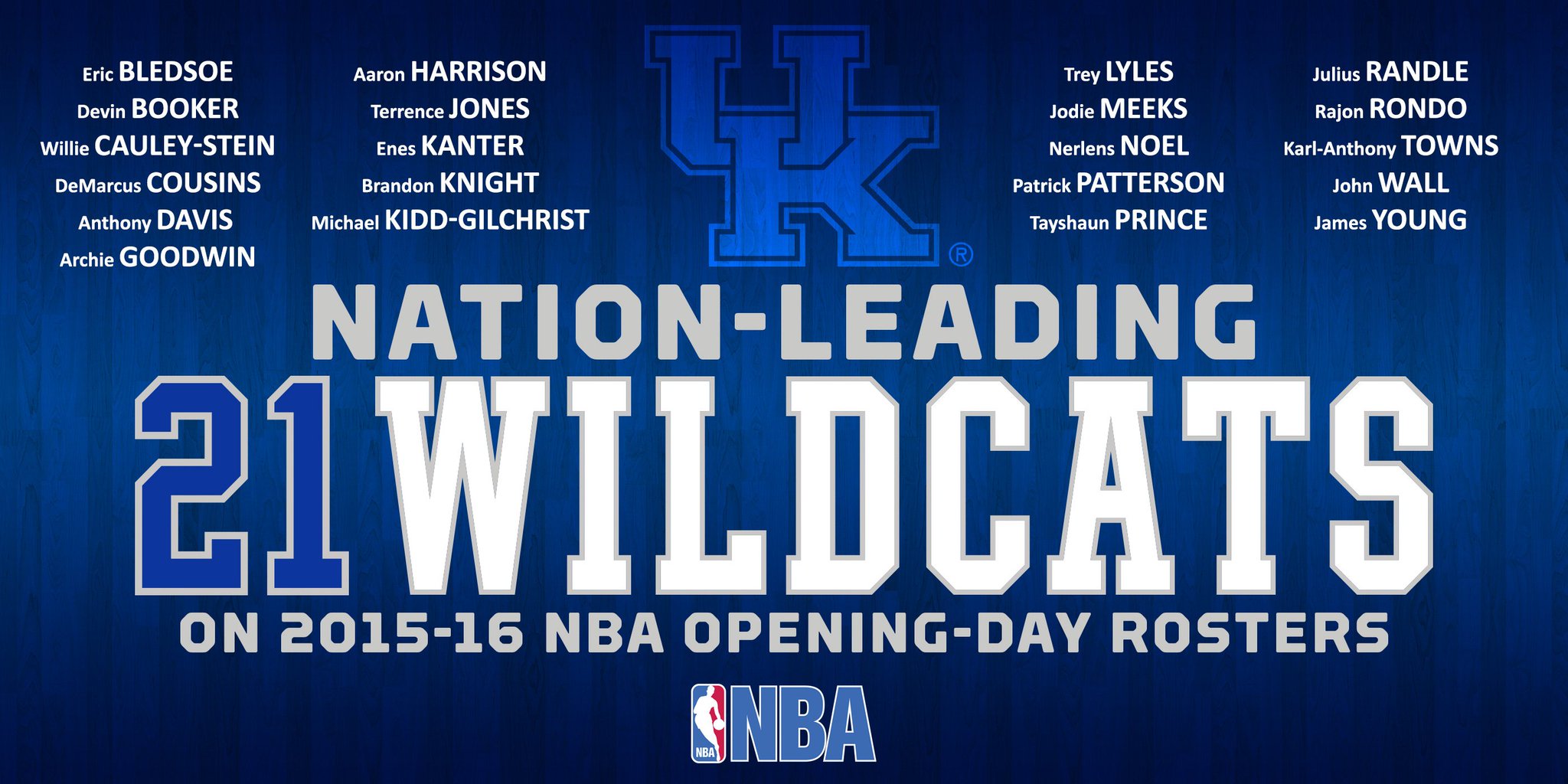 The NBA season tips off tonight and 21 Kentucky players are on opening-day rosters, the most from any program in the country. To put it into even more impressive perspective, the fine folks at UK Athletics crunched the numbers and discovered that of the 446 players in the league, approximately 4.7% played college basketball at Kentucky. That means John Calipari is halfway to his goal of having former Wildcats account for 10% of players in the NBA.

Some other awesome NBA-related stats from UK: