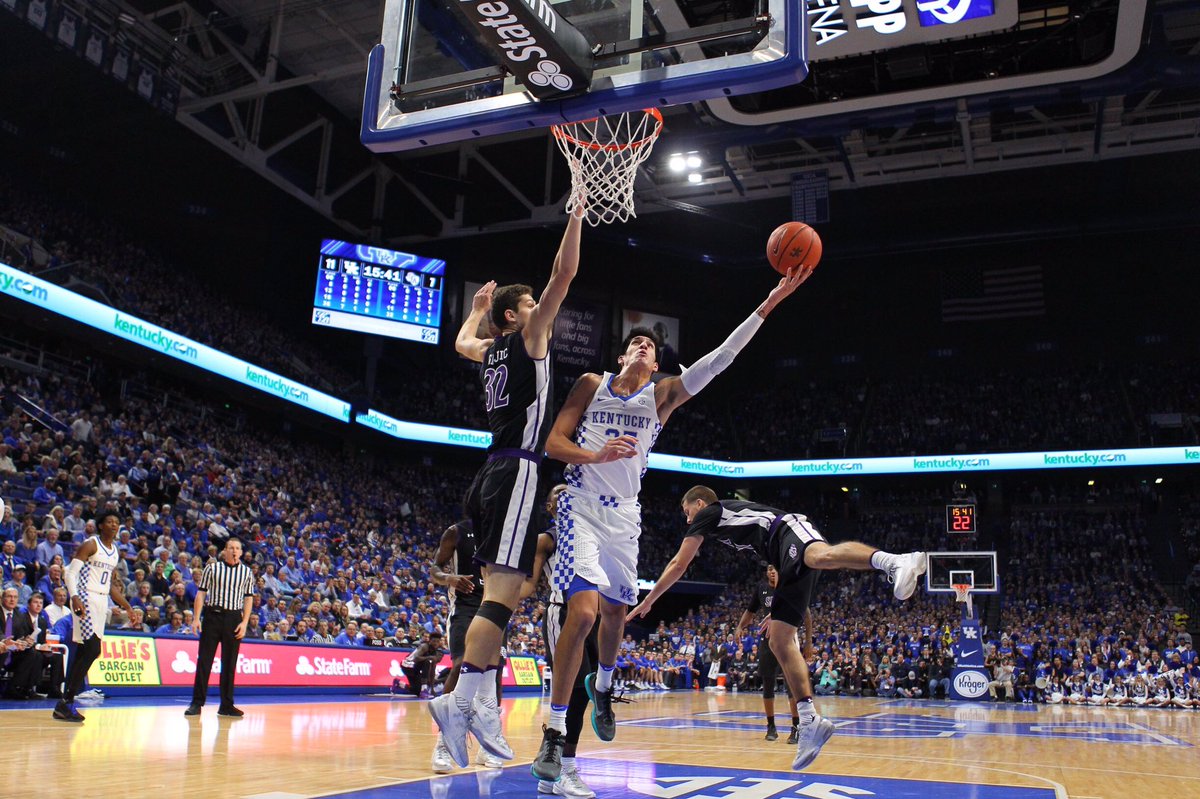 Derek Willis was the star of the game early on, scoring a quick 10 points and doing things he didn’t used to do on the defensive end. He finished with 15 points, five rebounds and three steals in the game, but the most telling statistic from his performance is how many times Calipari mentioned his name afterward, which was a lot.

Cal first said, “We started him based on the fact that I just didn’t feel comfortable starting the first game out of the gate with four freshmen on the court. He proved me right.”

Then went on to say, “Look, I’m so proud of Derek Willis. He came up to me in practice to remind me of something we did in a zone offense. Like he’s the first one at practice, and he’s the last one to leave. That went from, I blow the whistle, we are done with practice, and he would run to the door. And I would say, Derek, can I talk to you guys first before you leave? And now he’s the last one. Now, he’s on a mission.”

That extra work and new attitude toward improving his game is why we saw a brand new, tenacious version of Derek Willis that was unstoppable in the first half. If he’s doing that, Kentucky will be hard to touch.