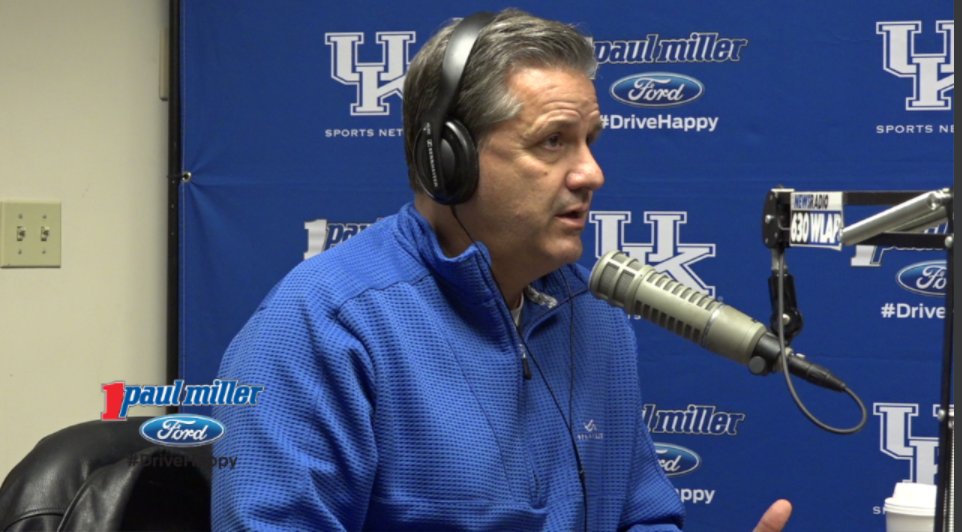 1. The Pitino Cal Cast will be Released Tomorrow

Cal explained why the podcast was delayed for so long.  During a moment in the podcast, things got a little heated.  The two texted back and forth, debating on whether or not to edit it out, but Cal said in the end they agreed to leave in the intense “back-and-forth.”

Just when we all decided we didn’t care about it anymore, Calipari has a way of reeling us back in.

They touched on a variety of topics, most notably, “He doesn’t have to play showtime basketball.”

Calipari doesn’t want Monk to force it.  There were a few times where he wasn’t ready to shoot, causing him to take contested jumpers.  There were also a few shots taken early in the shot clock Calipari didn’t like.  Cal believes Monk is so good, he doesn’t need to force anything.  “You’re going to do that…without trying to do those things.”

4. Can You Coach Against the Whistle?

The short answer is no, but there are coachable moments when refs are calling almost 200 fouls over four games.  On defense, they must play with high hands and move their feet.  On offense, they must take it to their opponent on the drive to draw fouls, then knock down free throws.

As dealt with foul trouble, Tai Wynyard was called upon to hold down the fort in the post.

“I thought Tai was terrific.  He was physical, held his position.”  Calipari later added, “Tai was just beating the crap out of people and I said, ‘Let’s go back to Tai.'”

Moving forward, consider me the founding member of the Tai Wynyard fan club.  Against the big bodies of the SEC, nobody is built better to deliver a beating to the physical brutes than a lumberjack from New Zealand. #TaiTime

He couldn’t resist from dropping the r-word on multiple occasions during the first 15 minutes of tonight’s show.  He used the word to describe…

7. This Saturday’s Game is Brought to you by Paul Miller Ford.

I just thought you should know.

This was not a McDonald’s ad, but that’s immediately where my mind went when I heard him say their slogan.

I’ve lamented my concerns over and over the last week about UK’s ball screen defense.  Tonight Calipari addressed the topic on more than occasion.

The first problem they have: the bigs aren’t stepping up enough to help.  Opposing guards are gaining too much momentum and “you can’t get back in front of him.”  They decided during one huddle to start trapping the ball screens, but it didn’t work out.  “It’s hard on the fly to do stuff.”

In a discussion that’s too long to transcribe, he broke down the nuances of the pick-and-roll that make it so difficult for young players to learn.  The toughest part is defensive rotation.  Two players are forced to guard one, leaving three to guard four, leading to, “You move in and up, then you scramble.”

Moving forward, defending the high ball screen will be emphasized extensively over the next two practices before UK hosts South Carolina.

10. An Update on the Progress Barometer

“We are probably where we should be, maybe a little bit ahead.”

One fan had a simple request for UK’s head coach: please pep up the fans a little more when talking to the media.  Cal responded with a ‘sorry not sorry.’

He said he uses the media as a mouthpiece to his players.  “I’m not worried about anything but my players.  I want them to read what I’m saying.”

Even though it was a great road win, he does not want the team to be content.  Before Robbie hung up the phone, he conceded a little ‘pep up for the fans.’ “I really like this team, and if we stay on this path Robbie, we’re going to be really good by the end of the year.”