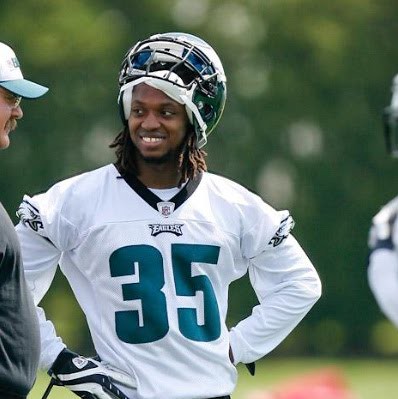 After a tough loss, it is sometimes comforting to know that former Wildcats are making an impact on Sunday. Yesterday, a couple of Big Blue favorites came up huge for their teams. For starters, former Kentucky cornerback Trevard Lindley notched his first NFL interception in the Sunday night game against the 49’ers. The INT sealed the victory for Philly and is one of many in Trevard’s future.

In the same division, I’m sure you all saw the Redskins come from behind win against the Packers. At the end of the game, Green Bay was driving down the field in OT when a Redskin man-beast broke loose and smothered QB Aaron Rodgers. The play forced the cheesehead QB to throw the ball early which resulted in an interception that led to a Washington game-winning FG. The defensive player that started the game-changing play was none other than former KSR writer Jeremy Jarmon.

Big #90 is getting some flack because apparently his helmet caught Rogers’ helmet during the tackle and the fragile widdle QB sustained a concussion. Psht. Whatever. Rodgers went to California, Berkeley so obviously he is softer than Claude Bassett ass fat. Double J can’t help but bring the pain. As every UK fan knows, it is in his nature. Either way, if A-Rodge can’t go next week, the Miami Dolphins (GB’s next opponent) should send Jeremy a gift basket. One of the good ones with chocolate turtles in it. He totally deserves it.