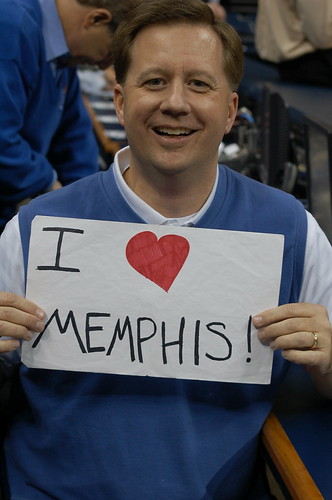 Murray State defeated No. 20 Memphis 76-72 in FedEx Forum last night, but that’s not the story out of the city of BBQ and Three 6 Mafia that is making national headlines today. During the player introductions, Memphis PA announcer Chuck Roberts must’ve thought it was 2008 while introducing the Tigers’ head coach to the packed FedEx Forum crowd.

“…and the head coach of the Memphis Tigers… JOHN CALIPARI!!!”

The crowd erupted with boos after the slip-up. Roberts corrected himself seconds later but the damage was done.