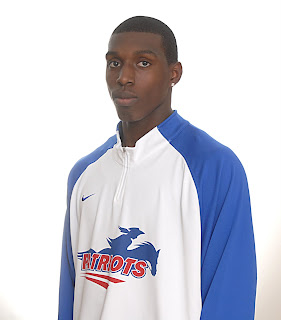 Yesterday we looked at some of the misconceptions surrounding Josh Selby and his recruitment. Today we’ll do the same thing with #1 Juco forward Ricardo Ratliffe. Earlier last week, there was a Bleacher Report article released that caused a bit of a stir amongst the hardcore UK recruiting fans. This article claimed that UK, along with Florida and Michigan State. While I do know that Michigan State and Arkansas have offered, I can’t speak on Florida but I do know for sure that UK has not extended an offer to Ratliffe.

What’s the Situation? (Check the comments for Thomas “JShoreBoi143” Beisner’s answer to this question)

Now, to be sure, that doesn’t mean they aren’t interested. They are. UK and Ratliffe are just in the early stages of developing a relationship and getting into the recruiting stages. Ratliffe himself has said that he doesn’t plan on really working on the recruiting side of his life until much later in the Spring. While UK may have already witnessed all they need to see in order to offer Ratliffe, they aren’t likely to throw any more offers out right now with CJ Leslie and Terrence Jones still on the board. From Ratliffe’s side, UConn, UL, Florida, Michigan State, Clemson, Missouri, Cincinnati, Alabama, Arkansas, Oklahoma and LSU are some of the schools involved.

Is Ratliffe Good Enough For An Offer?

I think he is and I think that UK thinks he is as well. Ratliffe has the type of game that Calipari finds useful for his dribble drive offense. He has refined his post game and likes to pick up a majority of his points in the paint using, amongst other tools, an accurate jump hook. He is also very active around the rim and has an strong, athletic body. The versatility is there as well, as I’ve read some scouting reports that claim he can shoot very accurately out to anywhere from 15-18 feet. Ratliffe shot 37.7% from three and 65.4% from the field on a team leading 454 tries last season. He finished the season averaging 26.5 pts and 11 rebounds per game last year. Ratliffe has also continued to improve. He is shooting around 75% from the field this season and, during an earlier three game stretch, he tallied 36pts/15rebs, 40/19 and 34/19 marks. There’s a couple short looks at Ratliffe’s game that you can take a see here and here.

What Could Ultimately Happen?

There’s a lot of different possibilities that could come to fruition at some point later in the recruiting season. First off, you have to understand that CJ Leslie and Terrence Jones remain options 1(a) and 1(b). UK is willing to take either or both at this time. That’s an important idea for you to wrap your mind around at the outset. UK is willing to take two of these versatile forwards if they are willing to commit. Like I’ve always said in regards to UK’s recruiting, they’re main objective is to take the most skilled class that they can get. Filling needs or targeting only a certain amount of a type of player are secondary amongst their concerns and they’ll only worry about that if it truly becomes a problem (google Kansas+guard+logjam). Next, if only one or neither of these guys commit, you’ll start looking at some other options. Ratliffe, and others, currently find themselves in this pool. Another important thing to notice is that any of these guys in the secondary pool could make a jump into the CJ & TJ realm. We’ll have to play the wait and see game there.

When it comes to the topic of how Ratliffe feels about his recruiting at this point. Here’s a video and an interview with Ratliffe that might help. We’ll continue to monitor this situation and I hope this article helped to clear up a bit of the questions surrounding his recruitment.

– Wonder what Marquis Teague, an Indiana kid, thought about the legendary Bob Knight hating on our Coach? He said who’s Bobby Knight there’s nothing negative about Coach Calipari in his eyes.

– I’m currently working on a highlight reel of the “New and Improved” Vinny Zollo and freshman sensation and an interview and highlight reel of UK target Darryl Hicks, both from the King of the Bluegrass.  Subscribe to our YouTube Recruiting Channel to see them or follow my twitter to get the links when they are posted.