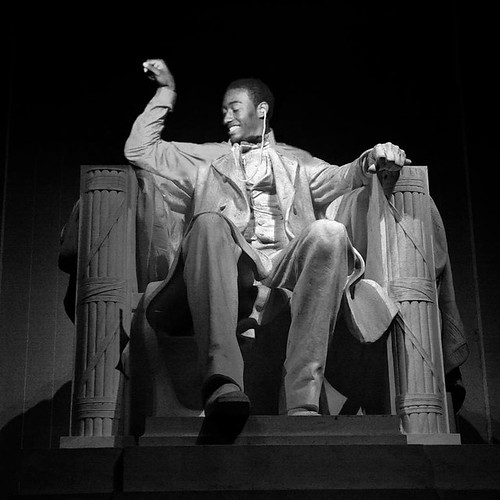 In what seemed to be the most re-tweeted and linked feature in the history of the media, the Washington Post’s Eric Prisbell profiled soon-to-be Washington Wizard point guard John Wall. As a part of his story, which was published on Father’s Day, Prisbell took a look into how the death of Wall’s father changed the young man’s life and, to the disappointment of many, revealed previously unknown information to Wall regarding his father’s criminal past. Prisbell then became the subject of some backlash, forcing him to issue a clarification in which he reasserted his stance.

Today, though, we get the thoughts of the subject, John Wall, who told Alan Cutler’s mustache that it wasn’t really that big of a deal:

“He did a great story. I wanted people to see how I really grew up and what I had to go through, and I think that’s the main thing. They should do a story on a lot of kids like that, or people coming up, because most people just go by what they did in their future, [not] in their past. So I had a great time just telling my story, and letting people really know what I went through, and they felt kind of emotional and sad for me.”
Wall respects that the reporter was just doing his job.

“You can’t really be upset or mad,” Wall said.

“I really didn’t think of it too much. They’ve got to do their job, they’ve got to ask questions. You can say no in a mean way, or a nice way. It was a story, so I felt like people should know what it was. I wasn’t too upset about it, but it seemed like a lot of fans or other people was kind of upset, but it was all right with me.”

So, there you go. Disaster averted and peace restored in the nation’s capitol.  Could it be the greatest day in this nation’s history?