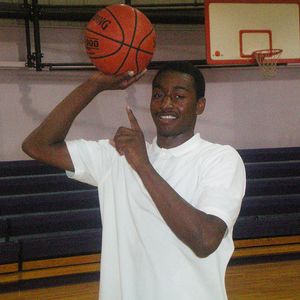 Though he’s already flown away to DC, John Wall’s LeBron James-soled footprints are still all over the program and likely will be until next season starts.  It’s an interesting concept in Kentucky, where the end of the season has, for the most part recently, meant the end of Kentucky basketball related publicity.  This year, there was the Reebok deal, the NBA Draft, the player introductions and, now, the ESPY Awards.  UK’s former point guard has been nominated for two awards at ESPN’s homemade awards show, competing against Evan Turner, Mark Ingram and a no-name hockey player for Best Male College Athlete and against Stephen Strasburg, Chris Johnson and the Baylor Brawler for Best Breakthrough Athlete.  You can make your voice heard by voting for him at ESPN.com.

Also, as an added bonus, you can watch some of John Wall’s Reebok press conference from last week here: