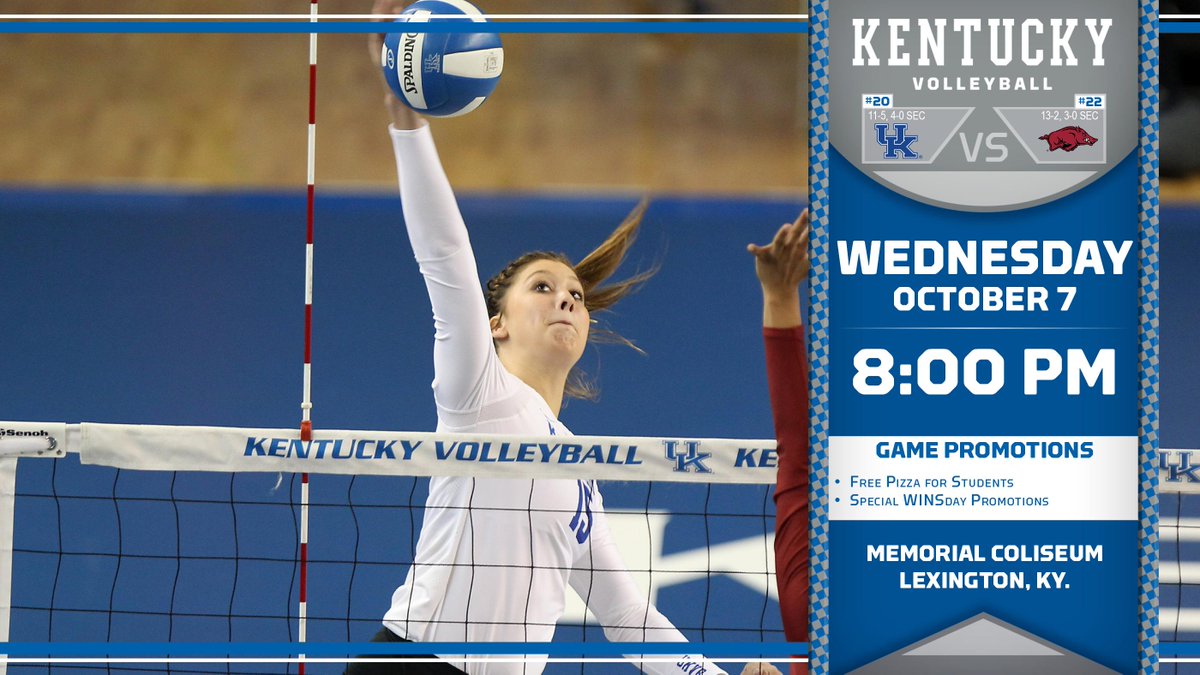 Can I take back any doubt I had for this volleyball team earlier in the season? Because Kentucky is currently killing it in conference play.

After barely holding on to a ranking, the No. 20 Cats  (11-5, 4-0) are now coming off of seven-straight victories and will host the No. 22 Arkansas Razorbacks (13-2, 3-0) tomorrow at 8 p.m. in Memorial Coliseum. Both teams are sitting undefeated as top teams in the SEC and will be fighting for the top spot in the league.

The match will broadcast live on the SEC Network. Also, all student’s in attendance will get free pizza for attending the match. That alone sounds worth it.

Morgan Bergren moved to sixth all-time on Kentucky’s career assists leaderboard after Friday’s 32 assist performance. Kaz Brown is also getting attention by being among the national leaders in blocks per set. Brown is currently averaging 1.45 blocks per set, coming in at No.16 in the nation.