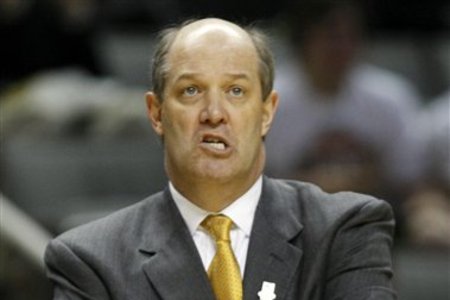 Vanderbilt’s work at the SEC tournament is now officially done. The Commodores may have popped the bubbles of Arkansas (eh, bubble might have been a push) and Kentucky along the way, but Kevin Stallings and company’s cinderella run as the #10 seed ended in the semi-finals this afternoon. Vanderbilt fell to Ole Miss and the fighting Marshall Hendersons by a final score of 64-52.  Henderson led all scores with 23 points. Vanderbilt’s hot shooting cooled off. The Commodores finished 6-30 from behind the arc.

Ole Miss will now move on to the SEC tournament finals to face the top-seeded Florida Gators. Out of all of the SEC bubble teams competing this weekend, the Rebels have unfortunately come out with the best results. Some analysts have predicted that by virtue of making the finals, the Rebels have done enough to warrant a bid.

According to Jerry Tipton, the SEC tournament semi-finals drew 14,574 (but we all know how accurately Jerry measures a crowd). The crowd marks the third-smallest since the league’s expansion in 1992.

If you see a scalper on the streets of Nashville, go ahead and hug them. No one was hit harder by the Kentucky loss yesterday than those guys. Reject them, but then hug them.