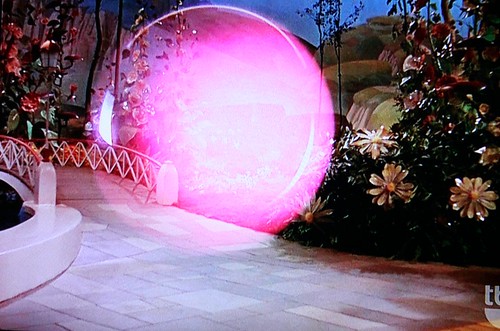 Who wants to see Oz with me this weekend?

Last night, Tyler highlighted the Wednesday Night Bubble Watch in our ever-vigilant tracking of Kentucky’s NCAA Tournament chances. Here’s an update of how each bubble team fared and whether they second-handedly helped or hurt Kentucky’s odds:

Yesterday, Villanova (RPI 55, SOS 29) was one of Joe Lunardi’s “Last Four In,” and chances are that this morning, the Wildcats from Philadelphia will be squarely in the dance. It was their third win of the season over a top five team, and Nova now sits at 19-12 (10-8 Big East) with other quality wins against the top Big East teams of Louisville, Syracuse, and Marquette. Compared to other bubble teams, Nova’s losses to Columbia, Seton Hall, and Providence (as well as a rough time on the road) look a little more forgivable, and most analysts this morning will have their ticket written in (if not Sharpie) erasable pen (remember those? Absurd).

I don’t know about you all, but I’d trade laughing at a Louisville loss in a second for a fellow bubble team to lose. Hindsight is 20-20, I guess. Result for UK? Bad.

As another “Last Four In,” UK fans were hoping for Iowa State to crumble against the recent momentum of Oklahoma State. Unfortunately, that was not the case. With this win, the Cyclones have three wins over teams in the Top 30 of the RPI (Oklahoma State, Kansas State, and Oklahoma) to pair with six total wins over teams in the top hundred. Again, their quality wins read better than UK’s, despite only having one road win against a team in the top two hundred. They shouldn’t buy their tap shoes just yet, but the Cyclones are leaning in. Result for UK? Bad.

This was a tough call for UK fans, as far as who to root for. Although the Cats beat Maryland way back when in the Barclays Center (man, that was a fun game, guys), their bubble position had us crossing our fingers for a UNC win- and the basketball gods delivered. Although UNC is by no means as strong of a team as we’re used to, they took care of business last night and, barring a strong ACC tournament run, the Terps are out of NCAA Tournament contention and left to wallow in non-conference losses and losses in four of their last seven games. Result for UK? Good.

The third of the “Last Four In”s to play last night, Temple was pretty heavily favored over Fordham, and by avoiding a bad loss, the Rams inadvertently weakened UK’s tournament chances. A bad loss this late in the season would have completely cut them out of the conversation, but unfortunately the win keeps them in it- although a loss at VCU Saturday could help the Wildcats. Result for UK? Bad.

Another case of “avoiding a bad loss” to make the tournament, but the Vols beat Auburn to keep their NCAA hopes alive. As a final Lunardi “Last Four In,” the guys in orange are winning (seven out of their last eight, including victories over UK and UF) and earned a road win last night. They next face Mizzou on Saturday and I’m already here to tell you, go Tigers. Result for UK? Bad.

Bottom line? After a good day of other bubble teams’ results on Tuesday, Wednesday was a little less beneficial to the Cats, with four out of five precariously perched teams winning last night. Our fate is in our hands. Beat Georgia. Don’t embarrass ourselves against Florida. Win two in the SEC Tournament. We got this, guys.

17 Comments for Updating the Bubble