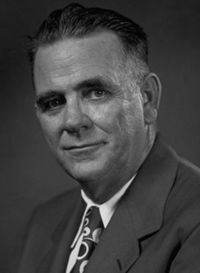 One of the things we try to do here at Kentucky Sports Radio is cover UK basketball in ways that may not be common for other internet sites or traditional media outlets. One of the aspects of UK sports that is often underappreciated by the media and fans is theunbelievable history of the UK basketball program. We often talk about having the greatest history of any other college basketball program, but rarely do people take the time to go into depth on what that actually means. One man who does is Jon Scott. Jon Scott’s UK Basketball historical website is an absolute treasure trove of information and material that is kept nowhere else on the internet. You can find everything one wants to know about the program and its past, and relive memories long forgotten.

Recently Scott set out to go into detail on one of the darker days of the UK basketball program, the 1951 UK Basketball Gambling Scandal. He has done a tremendous amount of research and work, and at the bottom of the post is a link to the fruits of this effort. Jon recently wrote me with an explanation of what he has been doing and here is his commentary on his research:

The 1951 gambling scandal irrevocably changed college basketball forever,
ruining numerous lives along the way. The scandal, which involved a number
of New York City colleges and had its epicenter in the old Madison Square
Garden, saw its reach extend into the heartland of the country as teams
from Bradley University in Peoria Illinois, the University of Toledo and
the University of Kentucky were also found to be involved.

The investigation into and subsequent suspension of the UK program for a
year proved to be one of the darkest chapters in the program’s history. Not
only did the players who were found or suspected of shaving points punished
severely and saw their livelihood taken away from them, but the program and
their coach, Adolph Rupp, were exposed to public condemnation and ridicule
which shook the program to its core.

Many of the affected programs never recovered from the scandal, and their
basketball programs never again rose to the lofty level they once held.
Kentucky was able to overcome the adversity and rose back to prominence in
college basketball, but it has never been able to completely remove the
stain which the scandal left, even over 50 years after the fact.

On my statistics website, I list the schedule of each season including
boxscores and much more information. For 1952-53, the year that Kentucky
was banned from play, I provide a summary of the scandal and its effect on
the players and the program as a whole.

Recently, I decided to revisit and update the page to go into more detail
about the events that took place and the roles various persons played in it.
By doing this, I was able to better illustrate the time-line and also to
answer in my own mind some of the nagging questions that remained from this
episode. For example why did none of the cases against the players ever go
to trial ?; why did Kentucky expect to still compete in 1952-53 after the
SEC had voted to ban the squad from play ?; why did Kentucky and LSU have
to hold a play-in game in 1954 and why did the NCAA wait until after it was
over to announce that UK was not eligible for NCAA competition ? among many
other questions.

While many of those issues are detailed and explained in the page, I found
that more questions arose. In many ways, the crimes themselves were
overshadowed by the motives and politics that were at play during the
investigation.

For example:
* Judge Saul Streit, who sat in judgement of Kentucky, had his own agenda
to pursue in terms of his desire to reform collegiate athletics as a whole
and likely saw the UK case as a means toward that end. How much did this
cloud his impartiality as a judge, given that he was given free reign to
investigate and pronounce verdicts without a true trial taking place ?

* Walter Byers had just been named as the first ever compliance officer of
the NCAA, and he had a vested interest in making a mark that would serve as
a warning to others that the NCAA was serious about enforcement. Why
weren’t other schools, such as CCNY and LIU where institutional control was
found to be lacking much more than at UK, not punished by the NCAA along
with Kentucky ?

* Frank Hogan was Manhattan District attorney and a member of the Catholic Church. Why were none of the Catholic schools in New York City and along
the East Coast implicated by his office ? Was it a matter of them all being
innocent, a fortuitous coincidence or something else ?

* Bernie Moore (pictured above) was the commissioner of the Southeastern
Conference and was instrumental not only in bringing about the ban on
Kentucky from the SEC, but also worked behind the scenes to ensure that
Kentucky was banned by the NCAA (despite suggesting publicly at the time of
the SEC ban that UK would be allowed to still play a non-conference
schedule). What were Moore’s real motives in this ? Was the decision to ban
UK from play an unbiased and honest attempt at punishing past transgressions
by UK or was it a blatant attempt to get UK on the sidelines so that his own
school (LSU) could benefit by for once representing the league in the NCAA
tournament ?

Regardless of their personal guilt or innocence, it’s apparent that the
players seemed to be caught in the middle of a perfect storm of numerous
institutions and important persons, all with vested interests in influencing
the outcome of the case.

The one thing that is evident when you study the history of the Kentucky
basketball program, is that in many ways, the events in its history
intersect and help to define the history of college basketball in general.
This scandal was no exception. For those who are interested in learning
about this chapter of UK’s history, I appreciate if you would check out the
link. Also appreciated are any comments or corrections people may have.