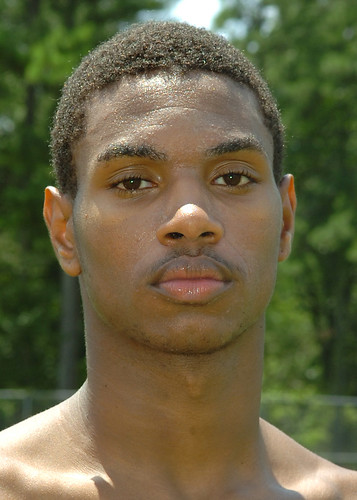 Last night, according to the Ryan Bartow of the CatsPause, UK received a verbal commitment from Antonio Cannon, a WR from South Carolina that should strengthen the stable of receivers. ESPN has Cannon listed as 6’1″ and 175 lbs and Scouts.com has him graded at a 45 which means they are still evaluating him pending film study. Last year at DW Daniel High School in Central, SC, the WR notched multiple 70+ yard games.

Although initially scouted by HC Joker Phillips, much of the credit for closing the deal should be extended to new WR coach Tee Martin. Joker has placed Tee in charge of recruiting the areas of New Orleans, south Alabama, South Carolina, and Atlanta. Considering the football talent that seeps from these areas, it speaks well of Martin (a native of Mobile, AL) that Phillips trusts his new team member with such responsibility. Tee is profiled in a great article by Mike Herndon of the Press-Register.

As a fun item, the guys over at Bleacher Report listed the 10 SEC football rivalries that count. The qualifier is that you have to play for an actual trophy. UK made the list with both the now defunct Beer Barrel trophy with UT and the Governor’s Cup with Louisville. It is tough seeing the record UK has against both schools, but if we keep landing speedy recruits that could all turn-around soon.

Finally, TeamSpeedKills captures 3 knowns and 3 unknowns regarding the Kentucky football season. They give their vote of confidence to Joker Phillips, hail the running game, and believe UK will put a lot of pressure on the opposing QB’s. They question our QB strategy, Joker’s ceiling, and the defensive leadership. That pretty much mirrors both my concerns for the season and items I’m not worried about (coach and RB’s in particular).