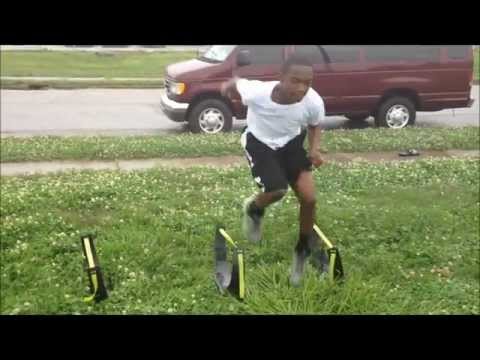 Do you know who the best 7th grade Cornerback in the country is? Of course you don’t, likely because you get out in the sunlight from time to time. But that doesn’t mean he isn’t out there and coaches don’t know about him. Louisville native Jairus Brents has been offered a scholarship by UK as a 7th grader. Yes, you read that correctly. Brents told ESPN.com that UK offered it to him after “they watched the film [of the camp] and said I was working really hard and that I stood out and then he offered me [a scholarship].” He is considered to be a special talent, who is often matched up with kids who are Seniors in high school. According to his godfather, Brents was matched up with 2014 receivers at the UK camp and had three interceptions during the proceedings. That seems impressive. You can read more about his exploits in this ESPN story.

Offering 7th graders seems a bit much to me, but what do I know. I do know that as part of getting ready for this story, I watched a couple of minutes of the video below, which is a 7th grader doing football drills to the sounds of motivational music. So we all have our crosses to bear. But seriously, he does look like he can play…and UK could use some defensive backfield help this year: