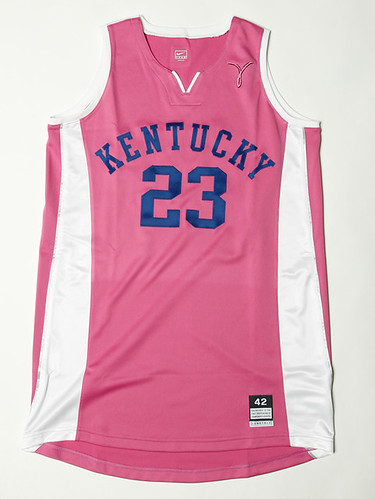 After jumping out to a huge lead (and taking a 33-11 lead into the half,) Vanderbilt found a way to fight back behind physical defense and a tired looking Kentucky.  Still, it was too little too late as the ‘Dores 27 turnovers spelled doom for them in the end.  Congratulations to Victoria Dunlap and the UK Hoops team for making it back to the championship game the second straight year. They will have a rematch with Tennessee from last year, and look to win their first SEC title if they can pull off the upset. The game is tomorrow at 5:30.

-Going into today we wanted either Vanderbilt or Georgia to lose.  Georgia lost, and it was good.  Then Vanderbilt lost, and it was fine, though maybe we would have rather had them win.  This lets the guys team ‘control their destiny’ tomorrow during the Tennessee game – if they win they get a two seed – but because both teams lost it lets the Vols do the same.  The winner of the match up tomorrow will get the two seed, be it Kentucky or Tennessee, so all of a sudden the Vols have a lot more than pride riding on the game.

–Brian Williams is currently still suffering from the back injury that set him out of the South Carolina game.  According to Bruce Pearl he will be out for the game tomorrow.  But as we have mentioned, it’s Senior night, it’s Kentucky, and it’s Bruce Pearl.  Don’t be surprised if he makes his way to the court.

-Beisner will be around tomorrow to take you through the day, and I’m sure there will be a live blog of sorts.  Today was like Christmas Eve, it seems to drag by while you wait for the big day tomorrow, but sleep tight my friends, Game Day is almost here.

-Also, I love this commercial.  A little disappointed no Cal clips made the cut, but the Tubby fist pump makes up for it.

43 Comments for UK Dominate Vanderbilt – Playing In The Finals Tomorrow