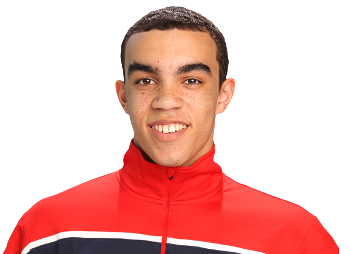 In his latest blog on USA Today’s High School website, Jones says that he’s down to eight schools: Baylor, Duke, North Carolina, Michigan State, Minnesota, Ohio State, Kansas and Kentucky. Jones, who is ranked #1 in ESPN’s 60 for 2014, says that he’s getting ready to set a date for a visit to Lexington:

The next two schools that I’ll be trying to get down to are Kentucky and Kansas.

Those are the two that I haven’t been to yet so I really want to see the schools and experience the fans and everything. We’re working on some dates now, but nothing is set.

Tyus says that Cal, along with Coach K and Tom Izzo, called him on Tuesday after the Champions Classic. With most of Cal’s epic 2013 class expected to enter the draft following their freshman year, it will be more crucial than ever to land a top PG, and as Jordan says, some consider Jones to be the best point guard in the country, regardless of class.

I dig the pink shoes.