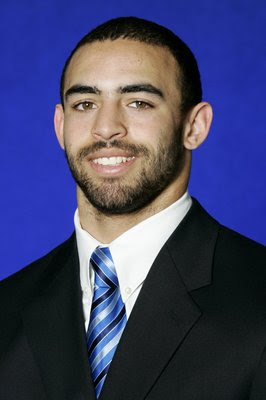 Yesterday our good friend Chip Cosby of the Lexington Herald Leader sent out a message that he was hearing 2-3 starters from the UK defense could end up being ruled academically ineligible for the fall. After talking to some folks yesterday and today, the two names that are continuing to be repeated are Paul Warford and Mister Cobble. I am told by two different sources that the team does not expect Warford to be eligible and that it is “unlikely” he will play this fall. As for Cobble, he is working hard this summer to attempt to be eligible, but at this point the team is preparing under the assumption that he will not be. As one source said, “we assume Paul is out and we are just hoping on Cobble.”

Tough news for the UK defense, especially if Cobble ends up not hitting the field. The Cats have some depth in the secondary, but they really need Cobble on the line.