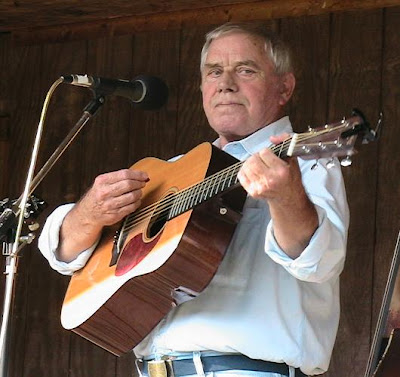 I often get accused by my friend of having “the worst musical taste in America.” The reason stated for this belief is often my propensity to play old country music, meaning the music that was popular before Garth Brooks came along and changed the way Nashville music sounded. Most of that type of country has long been forgotten and except for a few artists that are celebrated (Johnny Cash, Willie Nelson, etc), the old-timers are generally forgotten. You have to work to hear Waylon Jennings, Merle Haggard, Kris Kristofferson and the like in any place outside of my car. Along those lines, few out there know the great singing and songwriting of today’s birthday honoree, Tom T Hall. Hall, who was born in Olive Hill, Kentucky, was a country music artist whose popularity was high in the 1970s, as his songs such as “Country Is”, “Ravishing Ruby” and “Faster Horses” were hits week after week. He also wrote songs that became even more popular than many he recorded, such as “Harper Valley PTA” and “Little Bity.” He was good friends with Johnny Cash and the two of them helped on each other’s music, culminating in “Boy Named Sue”, a collaboration between the two men and poet Shel Silverstein. I got to know Hall because of a friendship between he and my Uncle and I still listen to his music to this day, as virtually every old girlfriend and friend can say from long car trips with me. Most would have the same reaction…hate his music when they first hear it and after spending time listening (or having it forced on them) grow to actually enjoy it. If you are at all a fan of the genre, check out some old Hall songs and if you arent…well just get in the car with me sometime. You probably will be forced to listen.

— The big story of the day was the announcement earlier here on KSR that Daniel Orton did not finish his class work this past year at UK. As I stated earlier, a source close to the situation told me that unlike what he said via Twitter when the story was reported back in early April, Orton did not finish his classes and will cost UK towards their APR rating. The source went on to tell me that due to improvement from the team in the second semester, the Cats will not likely lose a scholarship due to Orton’s decision, but it does place them in a “higher risk” scenario where they cannot have any other mishaps over the next two years. I am personally disappointed by the news and find it very frustrating. As I stated a couple of months ago, if John Wall, Demarcus Cousins and Eric Bledsoe can finish their class work at UK, then so can Daniel Orton. It doesnt make Orton a bad kid, but it does make him irresponsible and suggests a lack of perspective from the young man. I will never argue that kids that can make big bucks in the NBA shouldnt go and take the dollars. But they also shouldnt leave those behind them in a lurch. Not finishing classwork does this for your University and thus makes the news quite disappointing.

— There were statements from Jeff Goodman of Foxsports.com that the deal is all but done, but as of tonight, there is no official word on Kenny Payne and UK. Goodman reported earlier today that the deal was imminent, and even said that Payne would be taking a paycut to come to the Big Blue. The latter statement makes sense, as any higher salary for Payne would likely cause a corresponding raise in salary for the two assistants already at UK and thus make bringing him in somewhat costly. But Goodman still believes it will happen and all indications still point in that direction. I dont remember any courtship of an assistant coach ever being this long or this public, but such is life in Kentucky basketball in the modern internet age. You cant hide and in Calipari’s case, he doesnt seem to want to.

— Bruce Pearl was in the news today when he suggested that the SEC East could be the best basketball division in the country next year. He told the Knoxville News Sentinel that he believed Florida is the favorite to win the division and that Kentucky, UT, Vandy and Georgia would fight it out for 2-5, adding that Georgia wouldnt be fifth. Unless one believes that he thinks Tennessee will be in that 5th place fight (and maybe he isnt confident about his own team), it would seem that Pearl was suggesting that Kentucky and Vandy could be fighting it out for 4th and 5th in the division…a pretty bold statement from Mr Pearl. Whether one agrees with him there, I do agree that people need to appreciate just how good the SEC East will be next season. Mark Fox has Georgia rolling and the other five teams will all be solid to very good. There should be a lot of dog fights in games all over the conference next year.

— For the tenth time today, we heard the story about Terrence Jones and Calipari, this time from Cal himself. Calipari did an interview in Portland in which he stated that yes, Terrence called him and expressed regret at his decision, which led to the continued recruitment of Terrence. I will say this again about this story. Why is it not enough to allow the kid to go where he wants to go? Everyone continues to talk about the “ethics” of respecting a verbal commitment, but if the kid has misgivings, why not let him explore them? We have to remember that these are the kids actual lives and worries about the etiquitte of recruiting are secondary to me.

— Just for the record to BTI, who told me that “Lost” was this gargantuan hit…the finale got decent ratings…but came in behind the finale of Mr Belvedere in terms of viewers. “Streaks on the China…never mattered before…who cares.”

— You may have seen the news from here in Louisville that the Karen Sypher trial will not be moved and instead will remain in Louisville in federal court this summer. That is going to be some kind of event and the craziness that will follow will be unprecedented. Strap yourself in.

— Also a thanks to all of you who listened as I sat in with the Afternoon Underdogs this afternoon on 790 AM. The Louisville fans all freak out when I do the show (take a look at Insidetheville.com if you dont believe me), but I think Tony Vanetti does a good job and appreciates a little UK perspective. Hopefully there will be more such chances in the future.

We got another day of news, views and nonsense today. I will be in Bell County, but we will keep the fire rolling around these parts so come on back. And if you havent yet, listen to the podcast. Good stuff with Buzz Baker, Matthew Mitchell and the gang.