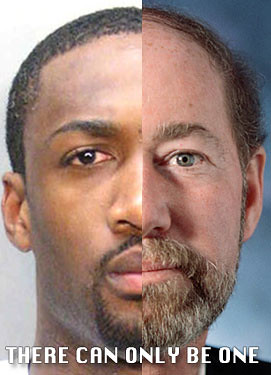 This week on his radio program, Tony Kornheiser and his band of merry Washington D.C. radio and journalism personalities were giddy over the Wizards securing the #1 pick in the NBA Draft. It has been assumed by many that the Wiz will draft John Wall and develop a killer back court of Wall and troubled, aging superstar Gilbert Arenas. TK takes a rather contrary opinion to this notion. Take a look at these select quotes taken from the May 19 Part 1 show starting at the 5:00 mark:

I cannot emphasize this enough or too much. Get rid of Gilbert Arenas right now. Get him out of here. He is poison.

Tony and his guests go on to label Arenas a sociopath.

I’m not one to make sweeping generalizations and I’m not above giving people second (or even third) chances, but I do think there is merit in analyzing the local perspective on a sports team and the players. For instance, who knows more about this UK basketball team: Matt Jones or Bill Simmons? Jones has a better understanding of the players, personalities, and coaches of the Kentucky teams because he covers them and has insider access.

In much the same way, Kornheiser is based on DC, covers games (sometimes even in person) and is friends with local coaches and owners. His perspective matters. If he thinks Wall will regress as a player due to the insidious influence of Gilbert Arenas, I am inclined to believe him.

Hey, maybe D.C. could trade Arenas to Jersey or Philly for their pick, draft Cousins, and become the favorite NBA team of just about every UK fan in the Commonwealth. Stranger things have happened.