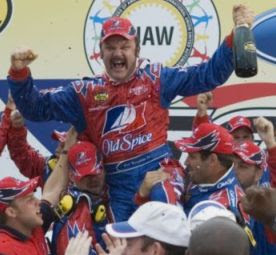 I’m fairly confident that it’s not the first time that someone has called Jerry Tipton “The Magic Man”, but it might be the first time it’s been relevant here.  Long rumored to be able to use his powers to make the fun of UK basketball disappear, people have done everything short of hiring the “Ghost of the Bear” people to see if these powers actually exist.  Well, as of this morning, we might have our first proof that The Good Doctor can actually make things disappear.  Stories, at least.

When I woke up this morning, I opened up the Beisner email vault and saw that Google Alerts had sent me an email to make me aware that a story matched my search topic of “Bob Watkins”.  Obviously, I’m not lucky enough to wake up to those presents every morning and, like a kid on Christmas, I rushed to open up what Google Santa had brought me for Alaska Day.  But, there was a problem.  The Lexington-Herald Leader had removed the story.  Alaska Day sucked again.  Given the intriguing blurb that accompanied the story, which read, “You don’t tell reporters how to do their jobs and expect to get away with it unless you’re Kentucky basketball”, I did what anyone would do.  I contacted Fake Gimel, master of the internet.  Our former comrade tracked down the original story, which can be seen here.

It appears that the story that was taken down was a ground-breaking piece that profiled an email sent to Dewayne Peevy by Kentucky columnist Bob Watkins.  The email was a response to a mass message sent to those holding press credentials for Big Blue Madness which said that violating any of the rules laid out in the email would result in them losing their press credentials.  Watkins, who didn’t even attend Madness, then replied by telling Peevy that he should be “ashamed” and “censured”, adding that it “afffirms the continuing arrogance” around UK basketball.  He also nominated the UK SID for public office under a previously unknown part, saying Peevy has become “the face of UK’s Party of NO! As in ‘no comment,’ . . . ‘this subject is closed’ . . . ‘we will have no further comment.’”  Peevy defended his stance by saying they’ve been “softer” about talking to recruits in the past and his hasn’t worked and the more aggressive stance, which is several years old, has proven to be effective.  He then re-added Watkins’ name to the list, which he had removed after Watkins sent him his reply.  Both said the issue is resolved.

But, it didnt’ stop Tipton from getting together with Watkins and giving him a chance to make his grievances public, including, “You don’t tell reporters how to do their jobs and expect to get away with it unless you’re Kentucky basketball”.  After all, if there’s anything that people want to read after Big Blue Madness, it’s a story about one cranky old man propping up the baseless arguments of another cranky old man…and, sadly, probably the least interesting of the thousands of emails that are sent to Tipton.  I would assume it’s because the first cranky old man believed he could use the second cranky old man’s arguments in some way to prove that his cause of breaking down the walls of Kentucky basketball is a noble one and that he won’t be threatened with losing his credentials.  Even if it’s for something as simple as breaking the rules.  I guess we can also assume that an editor is teaching The Good Doctor a lesson in “picking your battles”.

Stand up, Herald-Leader and be proud.  You found the most important story to comeout of a weekend of redemption for the football team and celebration for the basketball team.  Please, continue to give us more of these unneccessary (and wrong) emails that take place behind the scenes.  But, instead, you let this story just disappear, probably into the fake car Patrick Patterson drove away from the game in, never to be seen again.  Bad form, H-L.