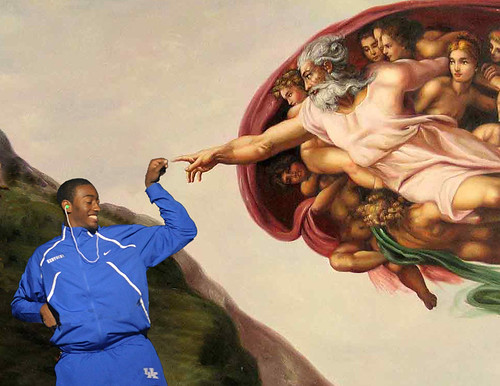 Apparently there’s a television show on CBS at 6pm today where they will announce which teams will be playing in this years NCAA Tournament. Usually these kind of things are quite fun for us Kentucky fans, but this year it will be pretty nerve-racking given the Wildcats’ current position. Check it out if you want to find out whether or not the ‘Cats will be dancing this season, or if some unnamed small-major team will be getting a marquee home game in the NIT.

I’d like to join together everyone in prayer to the basketball gods and Blue Jesus that it won’t be a disappointment for the Big Blue Nation.

11 Comments for Time To Pray