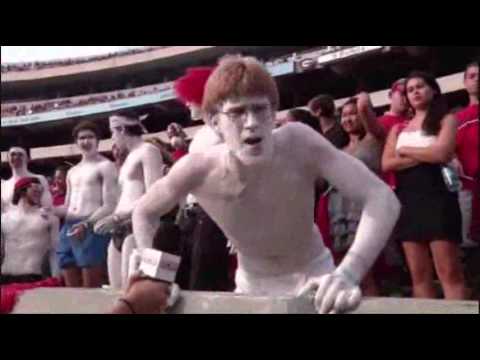 I’ll admit to being more than a little bummed at the result of Saturday’s game.  And there were times in the past couple seasons when we’ve all been very upset at some basketball results (read: Gardner Webb.)  Not to mention the thousands camping out for a practice, the thousands that show up for Gameday, and the thousands that order Papa Johns Pizza because Cal told them to.  As Calipari likes to say, sometimes, we are a pretty crazy fan base.

But at least we aren’t crazy crazy.

At least we don’t think God has it out for the Kentucky football program.

Not so for the Geogia Bulldogs.  I mean, sure, Georgia expects to be doing better than 1-4 on the season so far.  That’s understandable.  But according to one bulldog fan “God has got to be mad at Coach Richt or something because he’s such a good Christian man there’s got be a reason because the way they are losing games just doesn’t make sense.”  That’s right, Georgia fans are starting to suspect that God has a rooting interest against their team.

Honestly it wouldn’t be too surprising, but I always thought the big guy was more of a Duke hater.

So just remember, the next time someone calls out Kentucky fans for being irrational… at least we know there are crazies everywhere.