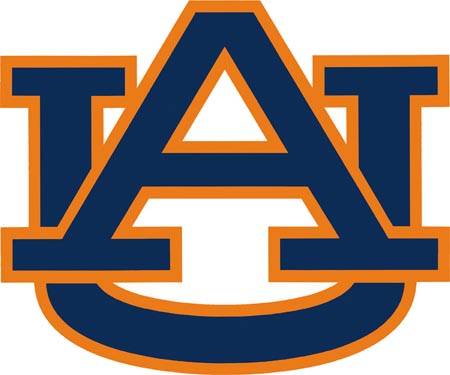 Hello, friends –  I believe I owe you all an apology.  I took two weeks off from my “They Are Who We Thought They Were” duties and in that span Kentucky is 0-2.  That’s all on me.  You can talk turnovers, Steve Brown, and Mike Hartline until your blue in the face but the fact of the matter is I dropped the ball and I take full responsibility.  Now it’s time to get back on the hate track and win some football games.  So ladies and gentlemen, I present to you the Tigers of Auburn University.  They are who we thought they were and they’re going down…

Auburn was chartered on February 1, 1856, as the East Alabama Male College, a private liberal arts school affiliated with the Methodist Episcopal Church, South. In 1872, the college was renamed the Agricultural and Mechanical College of Alabama. In 1892, the college became the first four-year coeducational school in the state. The curriculum at the university originally focused on arts and agriculture. This trend changed under the guidance of Dr. William Leroy Broun, who taught classics and sciences and believed both disciplines were important in the overall growth of the university and the individual. The college was renamed the Alabama Polytechnic Institute (API) in 1899, largely because of Dr. Broun’s influence.  Today, the school is simply known as Auburn, which is an acronym for “Alabama University Bearing Uneducated Red Necks.” Aw burn…

Nicknamed “The Loveliest Village on the Planes,” Auburn, Alabama is the largest city in eastern Alabama with a population of 57,833.  U.S. News named Auburn “One of the Ten Best Places to Live” in 2009.  Coincidentally, in 2009, U.S. News was named “One of the Ten News Magazines That Needs To Get Out More.”

Charles Barkley – Former NBA great who is willing to tattoo a police officer’s name on his derriÃ¨re to get out of a DUI.  A DUI that he got while looking for a mouth hug.

Kathryn Thornton – Astronaut; Second woman in space and the only Auburn grad to get higher than Leonardo Carson

Jimmy Buffett – The reason why two days from each of the past four summers are completely black in my memory bank.

“War Eagle” is the battle cry of Auburn University and the school’s official fight song.  There are many myths as to how “War Eagle” came about and I could not care any less about its origin or why an eagle represents the Tigers.  The six-year old golden eagle, “Nova”, serves as the live mascot, War Eagle VII.  I’ll give $56 and a KSR Barnstorming Tour t-shirt to anyone who brings me its head by Saturday.

Chubby, freckly, and allergic to sunlight.

Cameron Newton began his college career as the backup for Tim Tebow at the University of Florida where he became the 543rd player to be arrested under Urban Meyer.  Newton was arrested for stealing a $1700 laptop and tossing it out of a dorm room window to hide the crime from police.  This year, Newton is an early candidate for the Heisman trophy and a $300 Dell rebate.

Shoemaker (awesome name for a punter) is the punter for the Tigers.  Let’s hope for our sake he sees a lot of playing time Saturday.

Wade is on the Auburn roster but there is no way in hell he plays football.  Look at that guy.  Just look at him.  This has to be a mistake.

70,000 screaming Kentucky fans pack the Fayette County jail after a long, arrest-filled afternoon at Keeneland.  In order to fill Commonwealth Stadium, Lexington mayor Bim Bewberry (podcast jokes!) shuttles in foreign spectators from the World Equestrian Games to fill the seats.  Our new fans from across the big pond are confused as to why players carry the football with their hands and get right up after they fall down but the crowd gracefully cheers on the Cats in exchange for fine Kentucky bourbon, fried foods, and filthy strippers.  Early in the second half, Cam Newton goes down with a leg injury and the crowd stands in awe as the WEG doctors rush onto the field to put up the curtains around Auburn’s quarterback.  Moments later, Newton returns to the huddle and rushes for 250 yards against the Kentucky defense while fighting off the euthanasia.  However, Kentucky’s Randall Cobb and Derrick Locke are just too much horsepower for the Tigers as the two Wildcats combine for 500 all-purpose yards with 5 TDs and a 228.7 in the dressage.