I don’t have much time so let’s make this fast. Akon, he is who we thought he was…

The University of Akron was founded in 1870 as a small college affiliated with the Universalist Church and is now regarded as a world leader in polymer research. If you know what polymer is, please do us all a solid and enlighten us in the comments section. Next…

Known as “The Rubber Capital of the World” and “The Crossroads of the Deaf,” Akron brought us Stephen Curry, Mike Golic, Anne Heche, and Bo Schembechler, while introducing us to the finer things in life like police cars, Alcoholics Anonymous, cereal, human testing of iodised salt, and Heather Kozar (she’s taken). But not everything about Akron is all National Hamburger Festivals and soap box derbies. The fifth largest city in Ohio also has its downsides.  The city ranked third in the nation in the amount of registered meth sites and is long reputed as the “Meth Capital of Ohio.”  Akron is also credited for bringing a massive blackout to the Eastern United States in 2003 and, even worse, Lebron James.

Jason Taylor – 2006 NFL Defensive Player of the Year and the all-time leader in fumble return touchdowns.  Taylor famously lost 5,000 man points in 2008 for foxtrotting, quick-stepping, and paso doubling on Dancing With The Stars.

Yvette Nicole Brown – I honestly have no idea who this woman is.  I think she was in Precious, maybe? 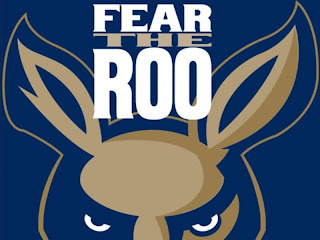 Alex Allen is in his sixth season at Akron and is pursuing a master’s degree in exercise science. That’s all I got. I’ll leave the Predator jokes to you.

Dakotah Euton
(What the hell was Billy G doing?)

Dakotah Euton enters his first season at Akron after a shocking decommitment from the University of Kentucky.  Euton was a highly touted basketball recruit from Scott County, Kentucky and was one of Billy Gillispie’s most prized commitments. With the loss of Dakota, UK is left scrambling to piece together a solid recruiting class.

It’s going to be another blowout in Commonwealth Stadium.

See you at Commonwealth!