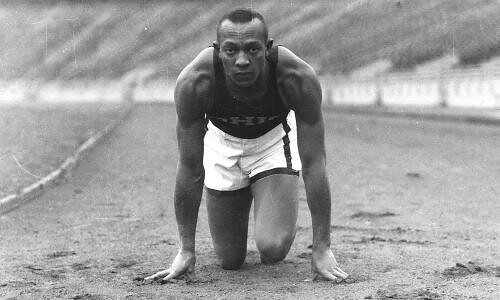 The sports schedule is a little hectic. Pro basketball and hockey have entered the play-offs. Baseball has started. NASCAR is running strong. Horse racing is building toward the Derby. Mondays are good days to plan out your week and make sure you don’t miss any of the UK-related action.

Monday (4/26/10) –NBA – Playoffs – Orlando at Charlotte – TNT – 8:00p: This is game four and the Magic lead the series 3-0. Considering that it is widely expected that Orlando will challenge Cleveland for the East crown, this is probably your last opportunity to watch former UK great Nazr Mohammed in action. ‘Action’ being a generous word to use. Mohammed is listed as the third center on the Bobcats’ roster and is averaging about 13 minutes a game in the playoffs (about 4 less than he did during the season). Not a bad way to earn a $6.5 million dollar salary, actually. I highlight Nazr in particular because I was just as surprised at his decision to go pro as I currently am about Daniel Orton. I liked both guys immensely from the day they donned a UK uniform and I am a little upset that I won’t get to see Orton play for the Big Blue nearly as much as I did Nazr. I wish Daniel well and hope that the worst thing that happens to him in the NBA is that he lasts 12 years in the Association and is sitting on the bench of a mid-level team earning over six million. Unless he comes back (which is looking less and less likely each day) at which point my head might explode with joy.

Tuesday (4/27/10) –Softball – Kentucky at Eastern Kentucky – 4:00p: As predicted in this space last week, the UK Softball Team crushed the pitiful existence that is Austin Peay by plating 10 runs in each game and cruising to easy victories. Unfortunately, right after that, the Cats walked into the buzzsaw that is the LSU Softball Team. The #16 Tigers swept UK and the Wildcats look to right the ship against a struggling Colonels team in Richmond. After the in-state tomato can, the Wildcats will travel to Ann Arbor and take on a Wolverine team that hasn’t recorded a loss since March 20th against #15 Texas in a tournament game. They are the #2 school in the nation and will be a real test for the Cats. If I remember my softball days (on a team that UK would murder even if forced to play blindfolded, drunk, without gloves, and with wiffle bats) our Cats need to swell up here, spin the clown, twist a few and come out of Michigan with a huge sweep. Also, for those of us that have enjoyed a beer league or two, Rome delivers a pretty funny take down of ‘Softball Guy’.

Wednesday (4/28/10) –Baseball – Kentucky at Louisville – 6:00p: Let’s not talk about Western Kentucky last week. I’m not even going to mention it past the first sentence. Since then, the Cats took on #29 Auburn and won 1 of 3 games. WE CAN BUILD ON THIS! UK took on Louisville at home at the beginning of April and blanked the dirty Cards 5-0. Not only do we hope for a repeat performance against the #11 ranked Cardinals but the Wildcats need to right the ship with a big win at Jim Patterson stadium before they take on Tennessee at the end of the week. UT is unranked but just took 2 of 3 from the #15 ranked Vanderbilt Commodores. Good luck, men.

Thursday (4/29/10) –Baseball? It is sort of a slow week for UK related action. I thought I would look up all the former UK players currently in the Show, but it turns out guys like Joe Blanton and Brandon Webb are hurt and not contributing. Additionally, the smattering of other former UK players were active for teams not named the Cincinnati Reds so interest wanned fairly quickly. I did stumble upon some facts about UK baseball like the fact that, lifetime, UK has placed 24 players in the majors. Also, no former Wildcat major leaguer has ever played for another college other than UK. That is the typical random fact that baseball thrives on and I’m just glad UK could contribute to the cause.

Friday (4/30/10) –Track – Jesse Owens Track Classic – Columbus, OH – All Weekend: Our Track and Field Team is apparently pretty good, but honestly, I am clueless about Track and Field events. Going over the results of a competition looks like a word problem to me. Too many numbers need smart word box tell monkey hard brain hurtey things. I know, it is pathetic coming from a guy whose mom is a friggin math teacher. Anyway, this is the 25th anniversary of this event and being held on the Ohio State campus in Columbus, Ohio because that is where Jesse went to college. Fun fact about Jesse is that his name is really James Cleveland Owens. He was born in Alabama and moved to Cleveland when he was nine. When his new teacher asked his name, he told her “J.C.” as he was nicknamed. The teacher misunderstood the southern twang and thought he said “Jesse” and the name stuck. Anybody that pissed off Hitler is good in my book even if they are a Buckeye. Good luck to the Cats in the Classic.