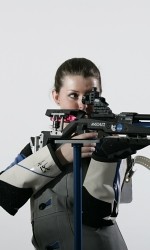 The sports schedule is a little hectic. Pro basketball is running strong. College and High School basketball has entered the tournament phase. NASCAR just fired up the engines for another season. Golf tournaments are building towards the Masters and Tiger’s return. Mondays are good days to plan out your week and make sure you don’t miss any of the UK-related action.

Monday (3/9/10) –No UK Games That is right. No particularly fun outing for either golf team this week to make us all jealous so let’s use this space to congratulate the UK Hoops team on a spectacular run in the SEC tournament. Things were looking hairy for the Wildcats on Saturday night as they faced a good Mississippi State team and spotted them 14 points before roaring back for the 11 point win. They followed that up by giving the Lady Vols all they wanted in the championship game on Sunday. The Cats were up 2 with 11 minutes left in the game and it looked like Big Blue would be able to grind it out, keep it close, and escape with a win. Alas, UT made the most of their height advantage and depth to step on the gas around the 9 minute mark to get a cushion that the Wildcats just couldn’t over come. It was a great turn around from the game in late February where the Lady Vols pasted the Cats by 16 in Knoxville. It was such a good game that Pat Summitt was very complimentary to her former assistant, Matthew Mitchell, in her post game interview on ESPN2.

Congrats to a great turn-around season by the Wildcats and good luck in the NCAA tournament. On Monday, March 15, 2010 at 7 p.m. EST, the 64-team tournament bracket for the 2010 NCAA Division I Women’s Basketball Championship will be announced on ESPN and the tournament starts March 20.

Tuesday (3/9/10) –Baseball – Evansville at Kentucky – 4:00p: The Bat Cats suffered their first loss of the season to San Diego State, but rebounded nicely and went on to whip San Diego by 6 and rally from 6 runs down to outlast Monmouth 14-13. I blame the first loss to San Diego State on jet-lag. Tuesday begins a 2 game homestand against the Evansville. . .are you ready for this? Purple Aces. Seriously. Where on Earth would a team get such a nickname? If you guessed from the brain of a Louisville basketball coach, you win. (At least, that is the story according to their website. There are so many questions. Did Louisville basketball coaches interact that much with baseball coaches or is it just a misprint? Why don’t they use the name of the coach, which would have been Fred Enke at the time? The mind boggles.)

Wednesday (3/10/10) –Softball – Louisville at Kentucky – 5:00p: Your UK softball team takes on Louisville and the 14th-ranked Cards don’t want any part of the 23rd-ranked Wildcats. UK is 14-5 and has officially posted the best start in school history. This marks the official home opener for the Softball Team and a win over the Cardinals will make such an event even sweeter.

Thursday (3/11/10) –Rifle – NCAA Championship – Fort Worth, Texas – TBA: It has been too long since the Rifle Team has been mentioned here in TWTIATB. Since we last checked on our shooters, Ashley Jackson won the Great American Rifle Conference (GARC) Shooter of the Year award and Katie Fretts received the GARC Rookie of the Year award after the team placed 2nd in the GARC Championship in Oxford, Mississippi. The NCAA Tournament is being held at the Texas Christian campus and UK is one of 8 teams selected to participate in the event. UK is one of the teams. . .ahem. . . gunning for top ranked and defending champion West Virginia.

Friday (3/12/10) –Men’s Basketball – SEC Tournament vs Winner USC/UA – Noon – SEC Network: There is a lot going on this coming Friday. Baseball, Men’s and Women’s Tennis, Gymnastics, Rifle, Swimming/Diving, Track, and Women’s golf all have events that start or take place on Friday. Too bad that most of Kentucky will be busy making Nashville their new place of residence and transforming it into Lexington-South. Tournament time officially begins on Friday and the Wildcats get to play some games that have the same intensity and garvitas as NCAA tournament games. Also? It is a noon game. How much work is going to get done in the state of Kentucky on Friday? Slim to none where Slim has left town and the town is Calcutta? Non-sports fans across the Bluegrass will need to resort to delivery because any lunch place with a TV will be packed with basketball fans starting at 11:00am.

I don’t particularly enjoy the (probable) notion of having to take on Devan Downey for a third time this season and it always seems like the teams with a bye open slowly against the team that played in the opening round, but I’m confident the Cats will pull this one out and secure a #1 seed in the NCAA tourney. From that point forward, the most likely opponent-scenario for UK is Tennessee then Vandy in the championship game. So we will essentially have to play the two teams that beat us and a team that we beat by a mere 2 points the last time we played. It will be quite a test for the Wildcats, but I like the idea of two straight revenge games ending with re-assertion of dominance over the Commodores.

Saturday and Sunday are pretty much the same, so I’m going to end it here. Have fun watching the Wildcats and, for those that are travelling, stay safe.