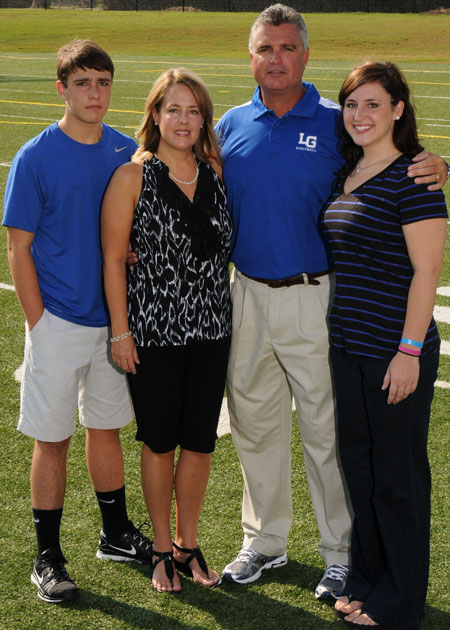 As Joker Phillips has transformed his staff over the past two years, the emphasis has been on finding guys that were committed to the school and willing to go out and find players for him.  We’ve seen the successes of that theory in guys like Tee Martin and Mike Summers and new running backs coach Steve Pardue is also a part of that plan.  In a profile done by ESPN.com, Pardue talked about his goal for pulling players out of south Georgia and bringing them to campus:

“In south Georgia, there are some places that if you go, you want to go there,” he said. “You don’t happen by some of those schools, where in the Atlanta area coaches from anywhere around the country can fly in Atlanta International Airport and in one day you can hit 15 schools.

“In south Georgia, you’re not going to do that. There’s only a couple of counties down there that have two schools in the county. You’re usually driving 30 to 40 minutes to each school.”

Pardue believes that he can get a more earnest evaluation of high school talent than a stranger who just wonders into Valdosta. Pardue doesn’t expect to hear an old coaching buddy tell him that a school that just had a five-win season has eight future SEC players on its roster. And if a coach does oversell a prospect, Pardue can pick up the phone and call a rival school to get a second opinion.

“You get a lot of names from schools but a lot of times those guys aren’t SEC players,” Pardue said. “You can waste a lot of time deciding who is. There are some guys down there I really trust. … That helps me tremendously.”

Pardue’s inside knowledge will help, and he’ll need it. Although not every school in the country recruits south Georgia, some heavyweights are already entrenched in the area. Alabama, Auburn, Georgia, Florida State and Florida have all had success there.

“Kentucky is not very prominent in southern Georgia,” Peach County High School head coach Chad Campbell said. “You don’t hear people talking about Kentucky here. That’s where he comes in. … There aren’t too many coaches in south Georgia he doesn’t know. I think that’s a good advantage.”

Said Pardue, “You’ve got to kind of pick your battles, but we’re working hard to find some guys that will fit what we’re looking for at Kentucky and get some up here and be big-time players.”

We’ve seen as recently as the past 24-48 hours how important it is for Kentucky to close off the borders and find the top guys in the state and then mine other pockets of the South for commitments.  If Steve Pardue can follow through on what he’s expected to deliver, the foundation of Kentucky’s football program should continue to be solid going forward.  Go Cats.  Go new video boards.

12 Comments for The Value of Steve Pardue