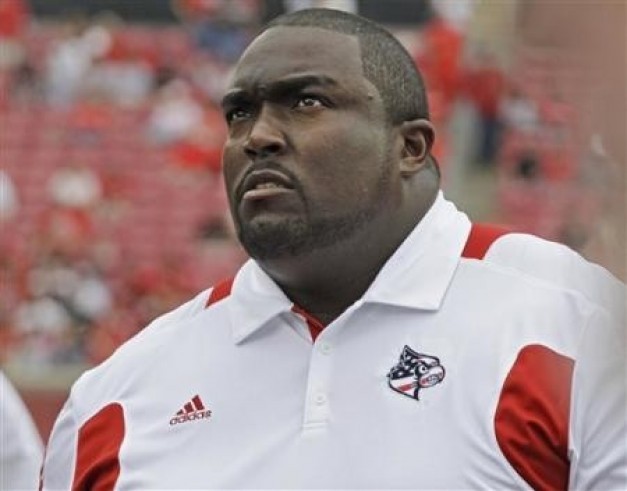 After the story broke in regards to the Miami scandal the question always seemed to be a matter of when rather than if the ramifications would be felt up the road in Louisville. Well it seems that time is now as Clint Hurt has been placed on Administrative Leave as he prepares his case for the NCAA. The past six months have been kind to Cardinal fans so maybe between this and Colorado St the universe is beginning to restore order. On to the links:

-Things are on the up and up in the UK football world as the Cats picked up another commitment yesterday. 3-star linebacker Dorinan Hendrix became the second commit of the 2014 class and demonstrates the ground UK is making up in the state of Ohio.

-Meanwhile our senior linebacker, Avery Williamson, continues to try to learn and improve. He’s learning his third defensive scheme in as many years but watching tape all winter is what you got to do when you’re trying to become a leader on this young Kentucky team.

-On the diamond the Cats dropped the series opener to Mississippi St and former UK coach John Cohen. Three errors in the sixth doomed Kentucky but they get a chance for redemption today at noon.

And finally we end with the latest installment of As The Henderson Turns:

Man that dude Henderson from Ol Miss got the greenest light in basketball history!! Hahaha.

I SUCK AND GET A LEBRON TWEET!!! HAHAHAHA I DONT WANNA HEAR NOBODY SAY NOTHIN, IVE MADE IT!!!