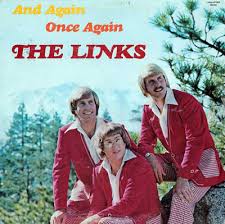 Wake up Big Blue Nation, it’s time for the links. Today is Day 1 in the post-Nerlens Kentucky basketball season, and we’re 29 days from Selection Sunday. Time to turn up.

Michael Kidd-Gilchrist says that Michael Jordan beat him in a 1-on-1 game not too long ago, proving that the soon-to-be 50-year old MJ is a freak of nature. But at the end of the day, Michael still has to sign 2 of MKG’s paychecks.

In last night’s BBVA Rising Stars Challenge, Brandon Knight and Kyrie Irving got into a crossover battle late in the game. For a 2-minute stretch, Knight and Irving went at each other, “”That kind of rivalry with me and B-Knight has been happening since high school, since we started playing against each other,” Irving said. “We were battling for the one and two spot in high school. He’s a good friend of mine. It’s great competition.”

The real Kentucky basketball team fails to crack the mock NCAA Tournament bracket this weekend in Indianapolis, instead falling to the “Last 4 Out” with North Carolina, Villanova, and Charlotte.

Saturday Down South investigates professional sports leagues minimum age requirements as it pertains to Nerlens Noel and South Carolina DE Jadaveon Clowney, and how Noel’s torn ACL fueled the fire behind the idea that Clowney should sit for his Junior season to avoid catastrophic injury.

3 Comments for The Links’ Links